6 Amazing Websites To Get Xbox One Support & Troubleshooting

Even our favorite consoles in the world have given us a couple headaches in the past, so if you’re looking to troubleshoot some issues, here’s where you should start. 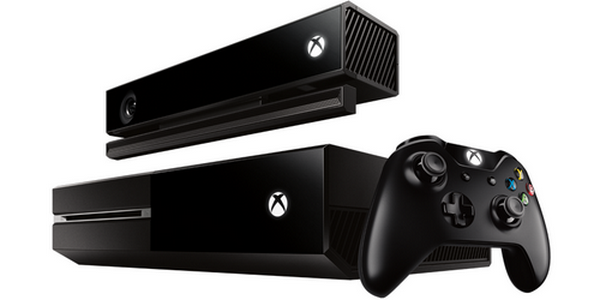 We love our Xbox One and Xbox 360 to death, but we will be the first ones to admit consoles have a tendency to misbehave and give us a few headaches every once in a while. Thankfully, the Internet is here for us and has many communities and official channels that are ready to lend you a hand when things get complicated. Whether you are having trouble with your Xbox One, Xbox 360 or Xbox Live, these are 6 websites you need to check out whenever you need some Xbox support or advice. Be aware, some of these are community hosted and work all thanks to the fans goodwill, so be sure to be kind, these people are not employees, but guys and girls that like to help people out – act accordingly! 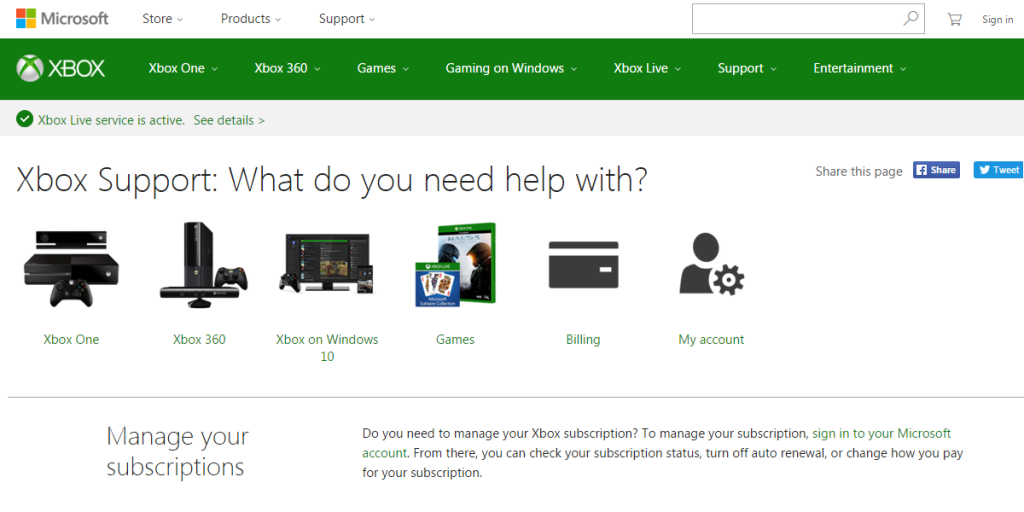 Your first option should always be to go through the official channels. Microsoft have a whole section of their official Xbox website completely dedicated to support, with many guides and pages dedicated to sorting out different issues. Even better, they provide users with several ways to communicate with members of their team, featuring chat sessions, support over the phone, or social media like Facebook or Twitter so you can straight up ask a professional instead of looking through guides trying to identify your issue or what’s at fault. No matter what kind of issues you might be having, the truth is the team who created the console are most likely the best suited to resolve problems, whether it has to do with the hardware side of things, or even stuff like problems with Xbox Live and your Xbox account – these guys should know and be able to help you with anything. 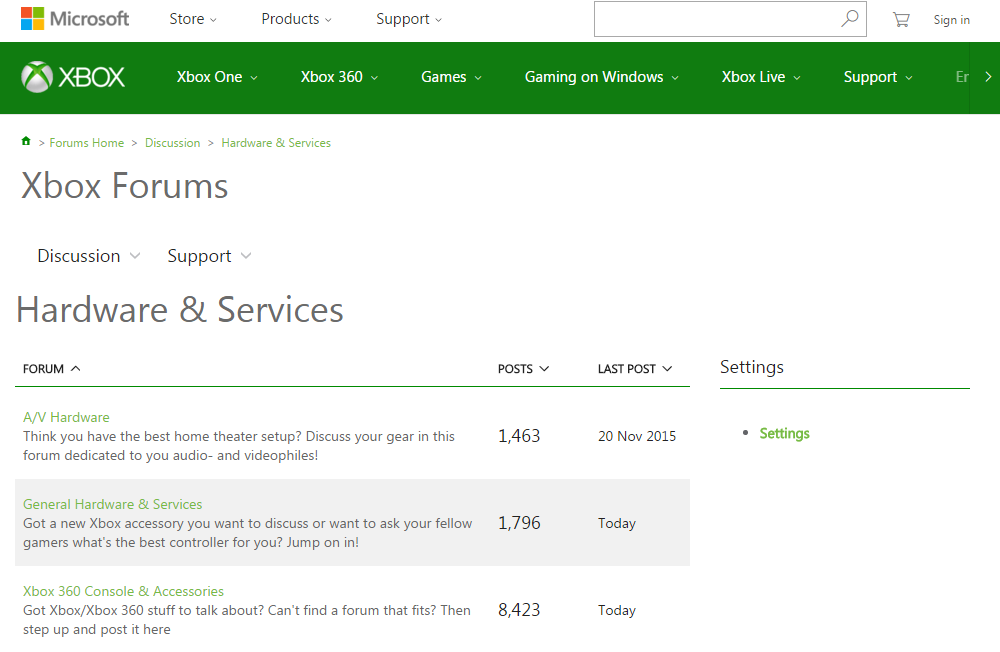 The Xbox One forums are another official channel of communication between Microsoft, the console’s creators, and the fans & gamers. In them, anyone can post, discuss things, ask questions or make suggestions, but besides hearing from Microsoft or the Xbox team themselves, fans might just show up and answer the question before they even have a chance. They have many different sections such as A/V Hardware, Xbox Live services, Xbox 360 and Accesories or Xbox One and Accesories so you can easily navigate the site, see the public questions and answers, or even start your own threads, although chances are you won’t even have to as there’s definitely been someone going through the same issue you’re going through now at some point in the past.

iFixit are a fantastic resource, whether you are having trouble with your Xbox One or with anything else. The site advertises itself as “the free repair guide for everything, written by everyone”, and this is a quite faithful description. The website is full of user-submitted guides covering from video game consoles to TVs, computers, remote controls, or anything you could ever think of. They have a section completely dedicated to the Xbox One, but if you can’t find your answer there, keep in mind you can refine your search using the site’s interface and look for more specific things like Xbox 360, Xbox One controller or Xbox One Kinect. They even have an open comment section where users can get back to the community and give feedback or ask further questions, so it’s really well rounded over-all. 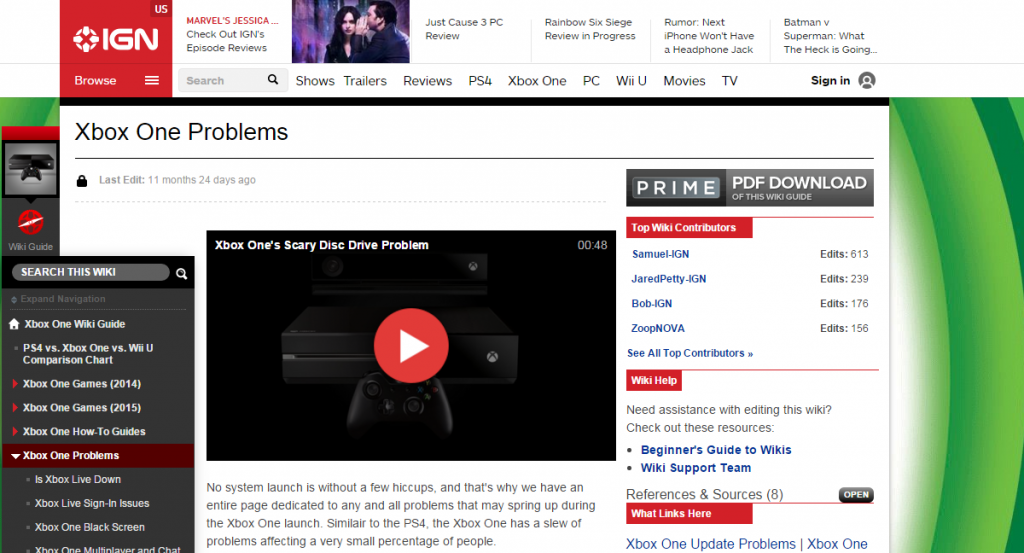 IGN are well known throughout the web as one of the finest examples of video game reporting and journalism done right, but that’s not all they do. Besides reporting on many things related to the world of geeks, the IGN team have set up an interface with many Wikis they can edit and even add videos to solve many particular issues. They specifically have a Wiki set up for Xbox One troubleshooting they started when the console launched back in 2013 where they discuss the potential issues with updates, the Xbox One’s physical drive, the inability to host party chat sessions or many issues that users have reported through the console’s short life so far. We really like the interface and having each question linked to its own, separate page to avoid cluttering, while the language is very precise and accurate so you will not have many issues navigating or understanding what they mean. 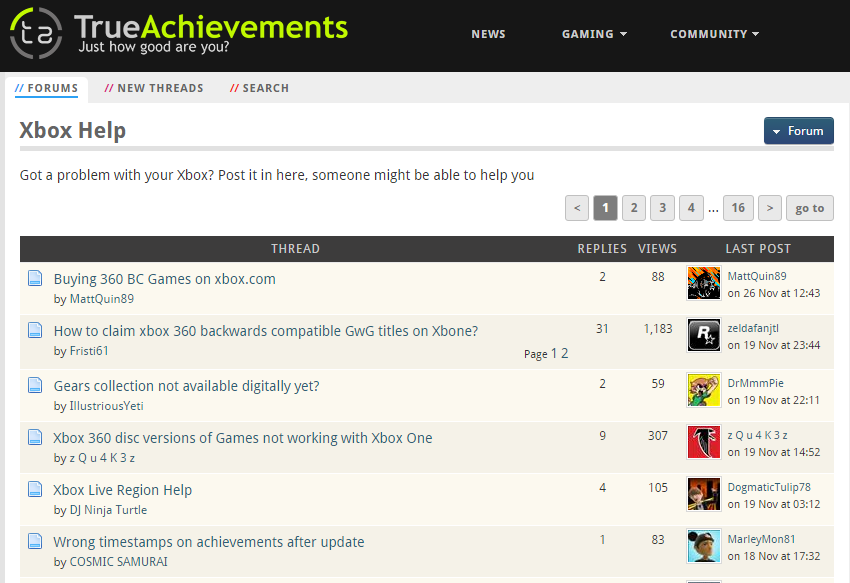 Sometimes, and especially if your issue is with Xbox’s official support, you end up having to look through alternative websites for ideas or advice, and among those, we really like True Achievements. This is a website you should keep an eye on, even if you don’t necessarily have any issues with your Xbox One or Xbox 360 as the community is built around the Xbox’s Achievement system, how to unlock them and how to get those really hard to get ones, so for the most part, it’s heavily competitive and really dedicated gamers who post here, but all of them with the intent of giving back to the community and sharing all kinds of information, tips, news, and help each other when it comes to stuff – even troubleshooting. No matter what kind of issues you might be having, the True Achievements community has a very active community with people that will try to help in any way they can – just be sure to be polite, and to give back to the community in your own way too, because that is what it’s all about. 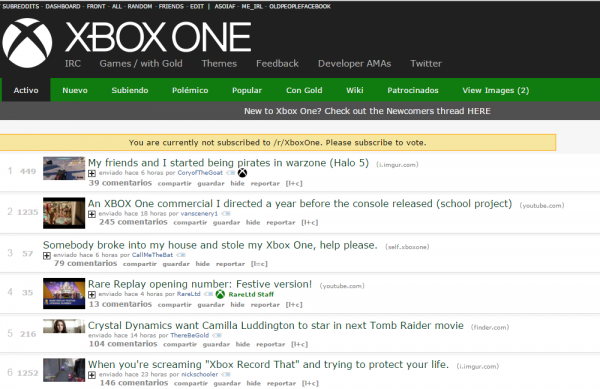 It’s true what they say: there truly is a subreddit for everything. Xbox One, of course, was not going to be an exception and whoever heads into /r/xboxone and read all kinds of aggregated links, news, videos, images, and discussion. Each of the news submitted to the subreddit can be commented on individually, and plenty of users just create their own threads to ask the community for advice, help, or ideas to troubleshoot, which then can be voted on according to how relevant or interest are to the community. Even the comments can be voted on, so you will usually find the most helpful ones close to the top so you don’t have to waddle through jokes and pun threads to find the answers you were looking for. Be sure to upvote and/or buy reddit gold if a user is particularly helpful!