How To Unlock The Secret Metal Gear Solid V Ending

Konami have, after months of speculation, finally revealed the conditions to unlock a new, secret ending to Metal Gear Solid V: The Phantom Pain. Read about how to unlock it below these lines! 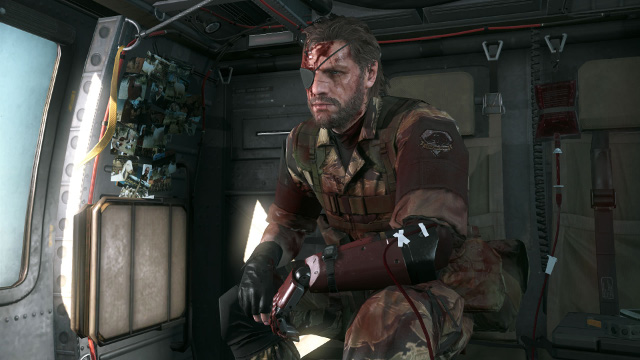 Metal Gear Solid V: The Phantom Pain doesn’t really have an ending to its story: it simply just “ends”, without fanfares, speeches, or the epic cutscenes that became synonymous with the series. This has driven fans mad, as with Kojima leaving the company and the turmoil going on at Konami, we might have already played the last “real” entry in the Metal Gear Solid series. Looking for closure, fans started data-mining the game, attempting to find lost and unused content, and found that there was an extra ending dealing somehow with nuclear deterrance, but until today, no one knew how to really unlock it.

Konami have finally come out of the dark to reveal exactly under what conditions we were going to be able to see this secret, ultra-rare ending, and let us tell you: it’s going to be a lot of work. This new ending to Metal Gear Solid V: The Phantom Pain

deals with themes such as nuclear disarmament and will require players from all over the world to collaborate and give up their nuclear arsenals. The exact conditions are:

After fulfilling all four conditions, players can return to Mother Base or beat any story mission to trigger this cutscene. If new nukes are created in the meanwhile, players can dismantle them by fulfilling all four conditions again. Interestingly enough, all of the conditions in step 3 which were never clear in the first place have been met, so all that remains is for players to get rid of all of their respective nuclear arsenals. Just so you know how much work you have in front of you if you want to see this new ending, Konami tweeted saying “here are the numbers for nuclear weapons owned per platform. By Nov 28th – PS4:206, PS3: 153, Xbox One: 40, Xbox 360: 39, Steam: 12081.” That means, if you’re playing on Xbox One you still have some 40 nukes to go.

If all of this sounds like too much work, and you don’t mind spoilers, though, you can watch this not-so-new but hidden ending in the video below these lines.

Be social! Follow Xbox Freedom on Facebook and Twitter, and read more related stories at The Best Xbox One Deal on Amazon Right Now and Metal Gear Solid V: How To Get Quiet Back.