Black Friday is all about getting the best deals, and for Xbox One gamers, a bundle that includes a video game or three, perhaps a TV, is the best thing to buy on this “holiday” or whatever you want to refer to it as.

There are literally hundreds of Xbox One bundles to sort through, which can be quite a chore. That’s why we’re here to make things easier for you, picking the six best Xbox One bundles on Black Friday, including one that comes with a terrific Samsung 55-inch television: 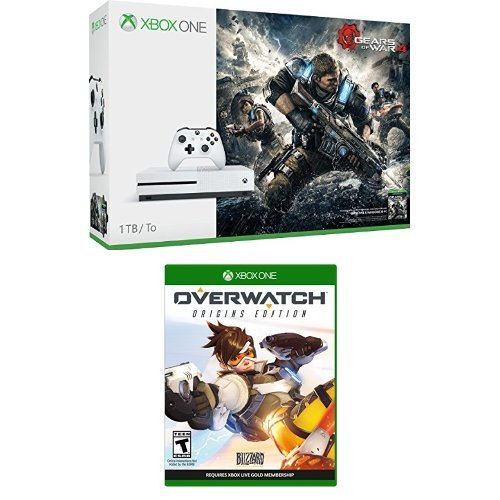 Maybe the most cost-efficient bundle of the bunch, you can buy an Xbox One S with Gears of War 4 & Overwatch Origins Edition for $333.99 on this Black Friday deal, saving you $70. The bundle includes a wireless controller, an HDMI 4k capable cable and a 1TB of console memory. 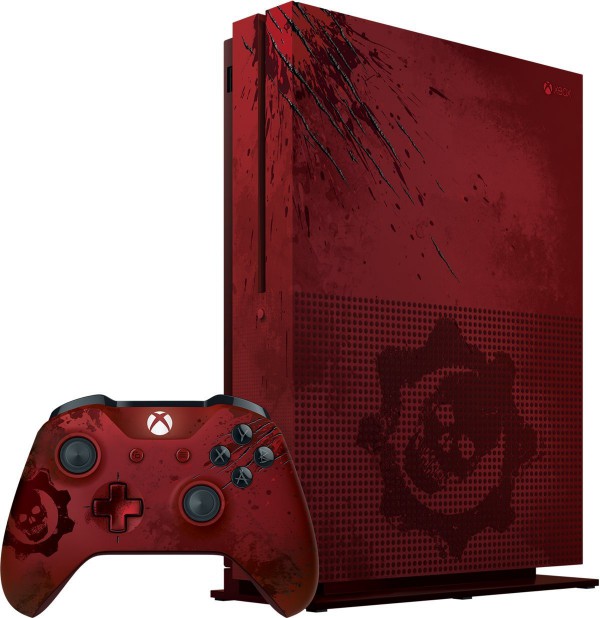 The Xbox One S 2TB Gears of War 4 Limited Edition Bundle comes at a price of $399 on Black Friday instead of $449.99, and is probably the best looking of the bunch, with the unique Crimson Omen Console mod and Crimson Omen controller, making for a much better atmosphere while playing the game. 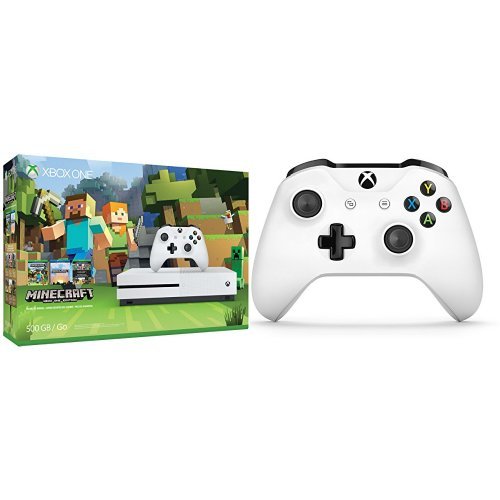 A great little bundle for Minecraft fans, with the Xbox One 500GB & Minecraft bundle, also coming with an extra controller on top of the one that’s always included with each new console. This baby will set you back $288 on Black Friday.

In my book, the best bundle available right now, because of Battlefield 1, which I’ve been playing quite a lot since it’s come out. You can buy the Xbox One 1TB Battlefield 1 Special Edition bundle for $299.99 on Black Friday, saving you $50 off the original price. 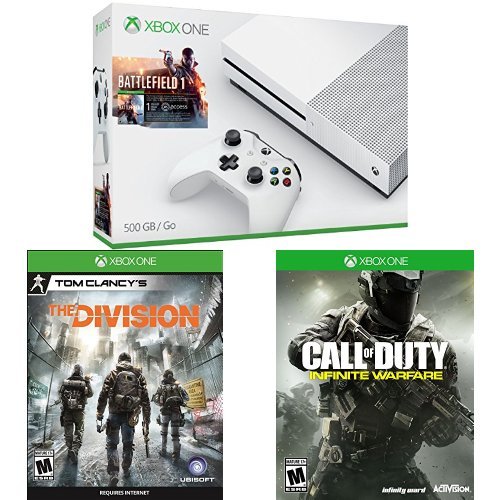 A very combative kind of bundle from the Xbox One: Battlefield 1, Call of Duty: Infinite Warfare and The Division all-in-one for $312.99 on this Black Friday deal, which will give you days of joy shooting at stuff and participating in different kind of combat scenarios, all in the comfort of your home. 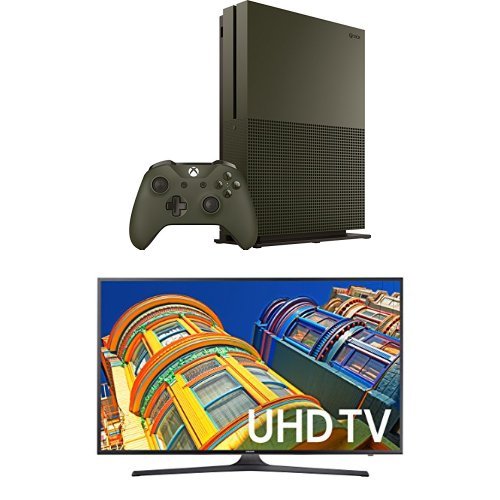 The kind Black Friday deal that’s all about giving the customer EVERYTHING he/she is looking for: Not just a console and great video game to binge on during the holiday, but also an awesome TV to play it on: Buy the Samsung 55-inch & Xbox One w/Battlefield 1 bundle for just $847.98, and hurry; there aren’t too many left in stock.