Protect your Furniture with the Red Ring of Death

If there is one thing that strikes terror in the hearts of xbox 360 owners, it is the Red Ring of Death. For the uneducated, this is the name given to the red, flashing ring of light that appears on the front of the Xbox 360 that indicating that there is major trouble looming. There are a number of reasons like over-heating and the unstable nature of the console, however, this is a post is not about the Red Ring of Death, but about merchandise that this symbol has inspired. More specifically, this is a post about Red Ring of Death coasters made by Suzarte. These coasters are the ideal gift for all Xbox lovers. 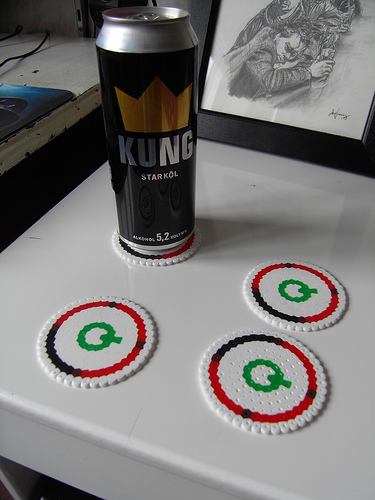 This universal symbol that means the death of the Xbox 360 seems to fascinate gamers from around the world, and people seem to get some sort of morbid thrill from creating various different products based on the Red Ring of Death. Now the Red Ring of Death Coaster (simply brilliant!). These coasters come as a set of four, and now you can use the same thing that will kill your Xbox to protecting your table. You know what they say about one man’s meat….