This one is surely going to get PETA* people up in arms against the Xbox Company when it presents the Alligator mod for Xbox 360. 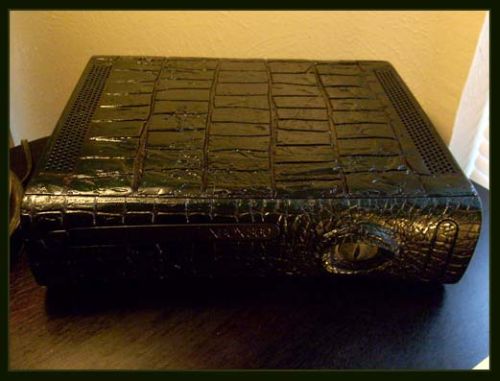 With it’s proximity to realism, this freaky Xbox 360 mod is quite a scare for the weak hearted. And to add to the creepy effect, the mod has replaced the standard power button with “Eye” of an alligator. Yes, the button is so close to a real eye that it could probably be referred to as the eye of an alligator. The whole casing, when viewed from behind, gives it a rich feel of a plush suitcase.

Instead of its freakiness, the mod lets Xbox retain its original feel, shape, size and the standard button positions.

Just hope that no alligators were hurt during the entire process.

*Not intended to hurt anyone’s sentiments.