A long time ago women wore jewelery to attract men, and later as fashion sense developed, jewelery became a sort of self statement. Today, the kind of jewelery you wear states what kinda person you are, and what your personality traits are like. With jewelery revealing so much about one’s lifestyle, gamers should definitely be wearing something reveals their lifestyle. 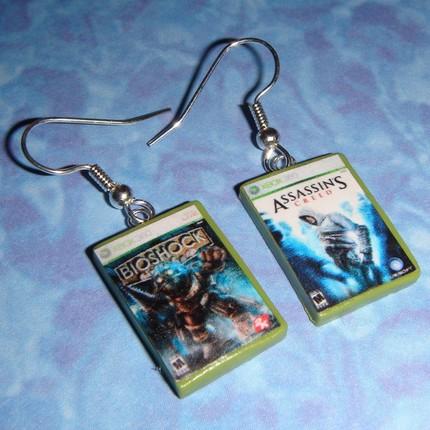 Lauren Swingle is an eminent artist who has created these cool polymer clay earrings that come with the pictures of your favorite game. It would almost be like stating the kind of game you love verbally, and since you wear it as fashion accessory, the statement becomes all too obvious. Perhaps, you could form your own cliques in college or in office, if you find people wearing an earring that shows which game they prefer to play! 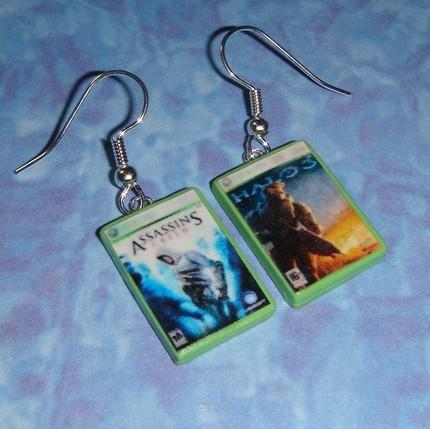 The Xbox 360 Game Box Set of Earrings originally come with Assassin’s Creed and Halo 3, but if you mention the game you like, Mr. Swingle will design that particular earring for you. Of course, you would have to send him the pictures of your favourite game and Google images would do too. 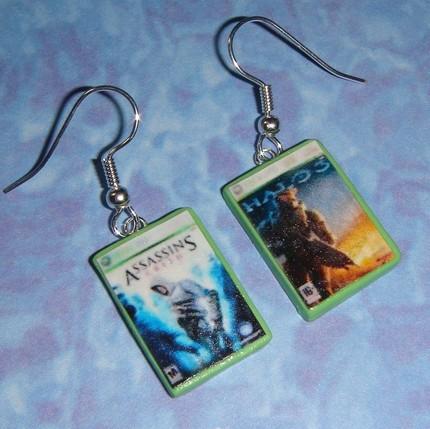 The Earrings cost $15, and if you want sterling silver, you would have to pay $18. You could also check out these cool Xbox Controllers Cufflinks as fashion accessories. 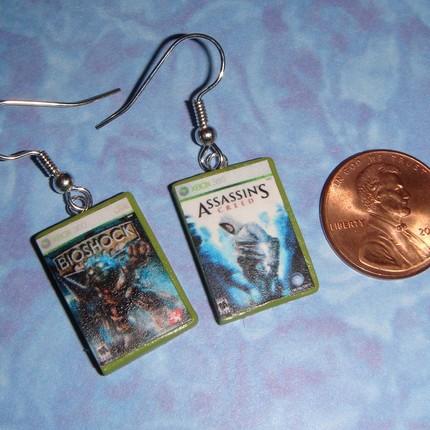