This Xbox 360 Controller Cake Must Inspire you to Bake One Yourself!

This should be an example to all those geeks who think they are not good at baking. If you are new to baking cakes and desperately wanted to bake a cake that was inspired by either a console, game or a character, there is nothing that should stop you from doing so, and not even being an amateur! 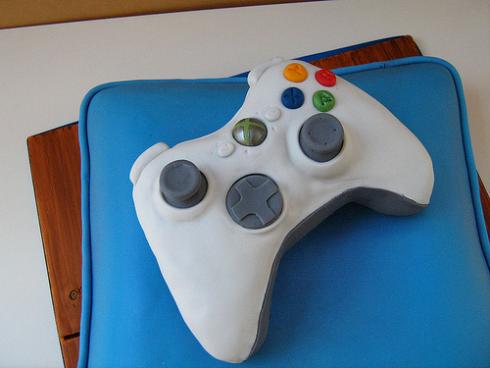 The person behind Sweet Disposition Cakes baked an Xbox 360 Controller cake for her husband’s birthday and she has revealed that she is new to it! I must say she has done a really great job at the cake for a newbie. The controller cake is made of fruit cake, and the pillow is made of choc mud cake with choc ganache. She found it a little hard to cover the fruitcake without bumps showing but the result seems to be wonderful.

You could perhaps take this as an inspirational example and start baking your cake. She also says that though she may never want to cut a fruitcake to perfection again, it was a great learning experience and she had a lot of fun along the way. You could also check out other cakes that we have already written about like the Xbox 360 Wedding Cake and the Forza 3 Cake.