Ardent gamers are known to get a little too fond of their favorite console that the “love” for the console may seem to be a little too exaggerated. If you are the kind of person who loves Xbox more than anything or anyone else, there are great chances that many feel like you. 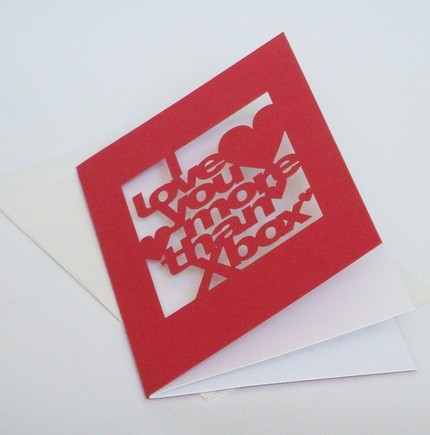 However, one of the days you may feel like letting the most important person in your life know that he/she is more important than Xbox, and if yo say it in words, that person would certainly not believe. This is because they would have already known you too well to believe that you could possibly love anything else more than Xbox! Here is how you could convince that special person that you love him/her more than anyone or anything else in the world: you could go ahead and get a “I Love You More than Xbox” greeting card, that has been cut out from a special red card. 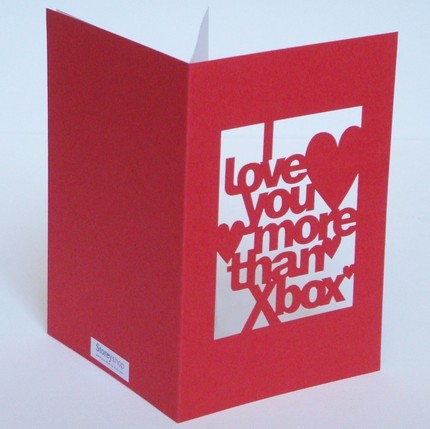 These are limited edition cards that have been specially handcrafted, and thus add to the exclusivity. When the light shines through the card, it looks quite attractive and is quite does the job of convincing the receiver of this card that you love him or her more than Xbox too! The card costs $6.25 at Storeyshop, Etsy. If the one who receives is a bigger fan of Xbox than you are, you could buy him or her the Mountain Dew Xbox Shampoo and Soap, or perhaps Xbox Silver Tone Cufflinks. 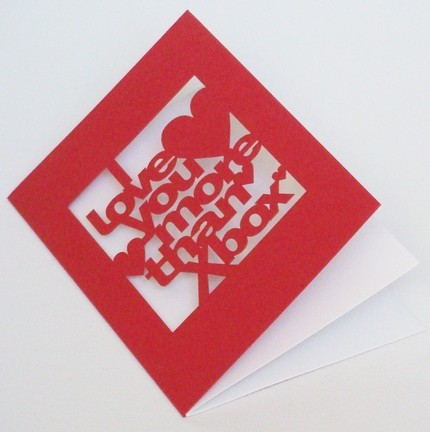