If you were looking for a compact Xbox gadget that lets you play video games as well as watch movies and listen to music along with a host of other media and social networking capabilities, you would most certainly not find a gadget like that in the market today. 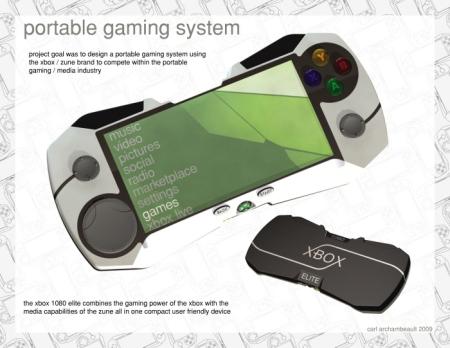 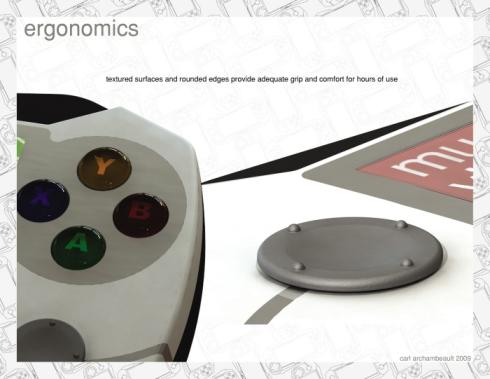 However, Carl Archambeault has made it possible at least conceptually. His new Portable Gaming System, also called the Xbox 1080 Elite combines not just the gaming power of Xbox, but also the media capabilities of the Microsoft Zune. It comes with an awesome 4.5 inch screen and competes effectively with other portable gaming platforms too. 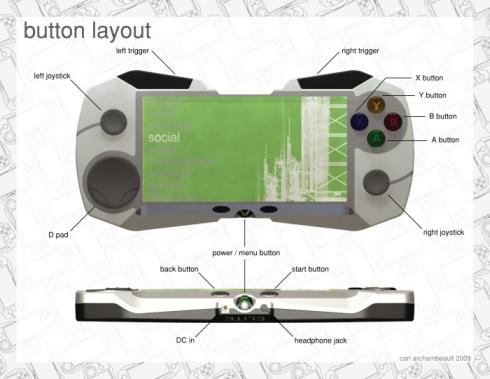 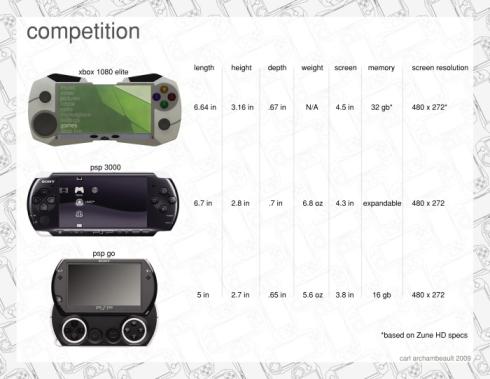 Carl had earlier designed the Xbox 1080 Game Console which was being touted as three times better than Xbox 360. However, after meeting with a lot of criticism, he has changed the whole button layout and controls. It is now more ergonomic and easy to be used. The rounded edges of the Xbox 1080 Elite allow comfortable usage and the textured surfaces provide adequate grip. 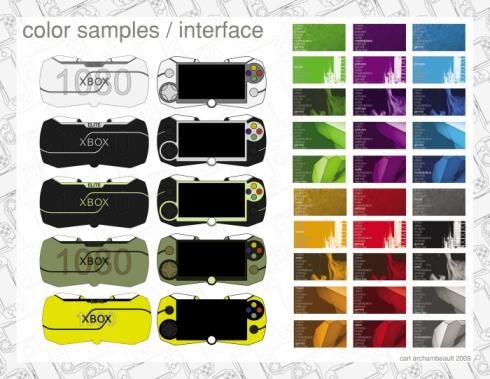 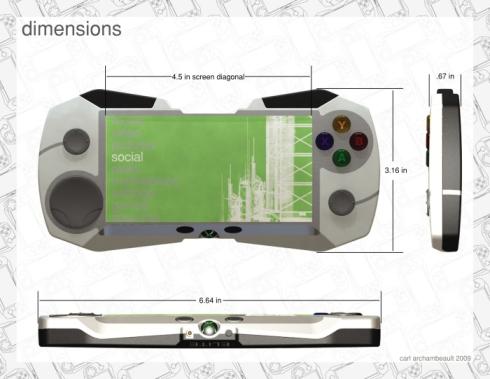 Utilizing the sync technology of the Zune you could remain connected to the Internet, PC, Xbox 360, or even Xbox Live. It allows you to download any content you want and uses USB 2.0 to connect to the above mentioned devices. The Xbox 1080 Elite comes with a 32 GB hard drive even! The conceptual gaming and media device comes in several colors and it would be amazing if the device is really manufactured on a mass scale. 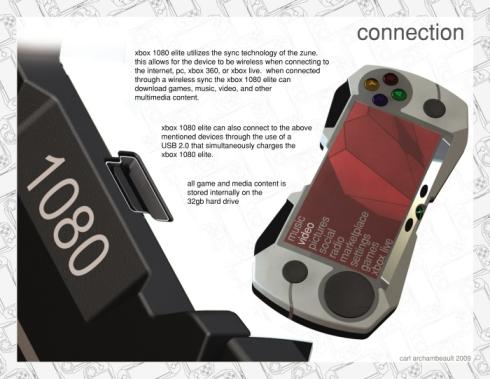 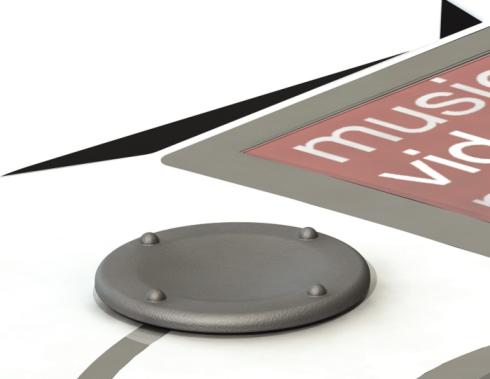 Awesome job Carl…thank you for the cool ne concept for an Xbox Portable!