If you are tired of your existing Xbox 360 console, chances are you never gave a second thought to what you might actually be doing with it. If you have a fertile imagination, you could turn your boring Xbox 360 controller into a riot of colors! Yohan Quintar did just that and sprayed his console with different colors, with fluorescent green being the prominent one. 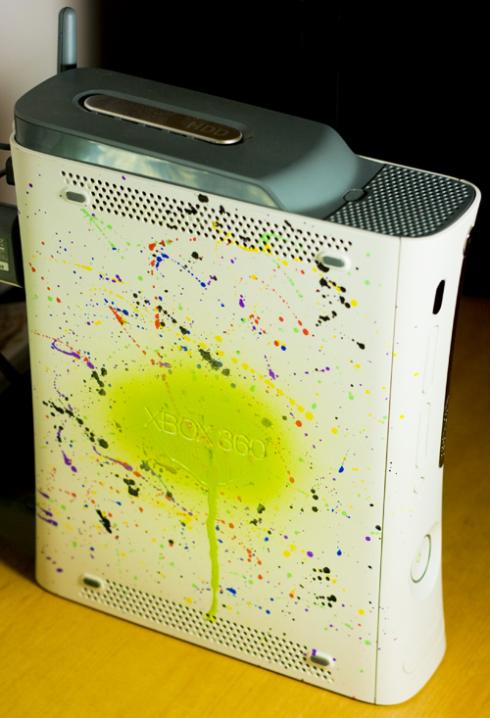 In fact, the green in the central part of the console the different colors around it could be alluded to many things. The green area resembles a mushroom, or the cloud that was generated when the nukes were dropped over the ill fated Japanese cities. While it is not clear what the idea behind the Xbox 360 Custom mod was, it appears as if the console is a tribute to all those people who lost their lives in the nuclear disaster. 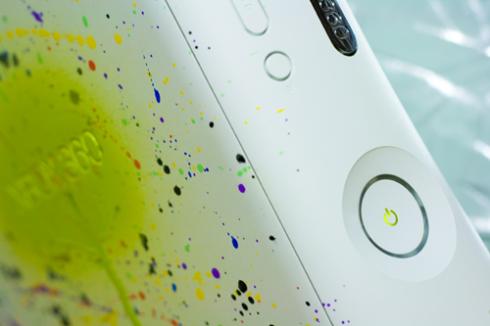 The sprayed colours of red, purple, blue, black, orange and others may signify that life still revolves around the threat of nuclear weapons, though everything may appear colourful superficially. Perhaps, the modder believes playing video games reduces the aggressive feelings present in people and make them more docile, leading to a colourful and tolerant society. If all this sounds very serious and intellectual to you, you could check out the Who So Serious Mod which is dedicated to Joker or the awesome Thundercats Xbox 360 Paintjob.