One of the most successful animated TV series has to be the ThunderCats, which was produced by Rankin/Bass Productions way back in 1985. The series have been so popular that many seasons have been released and there is even going to be a ThunderCats film, perhaps in 2010 if we are lucky. 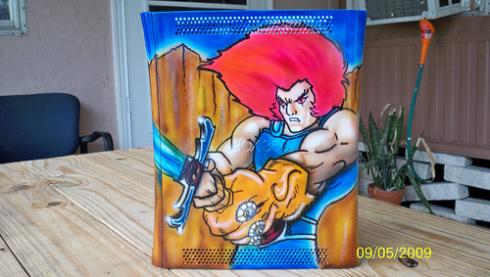 ThunderCats is all about the adventures that the humanoid cats have on planet Thundera. Since the planet is dying, the ThunderCats have to find safer ground and encounter a number of enemies and wicked beings. 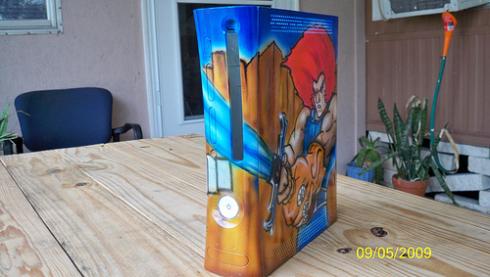 The plot is certainly nail-biting and the best thing to do perhaps is to customize the Xbox console to suit the mood of ThunderCats. Thus, inspired by ThunderCats, largomods have unveiled the Xbox 360 Airbrushed ThunderCats Shell. There could not be a better and cooler looking Xbox than this which comes with ThunderCats characters painted and airbrushed on all the four sides. 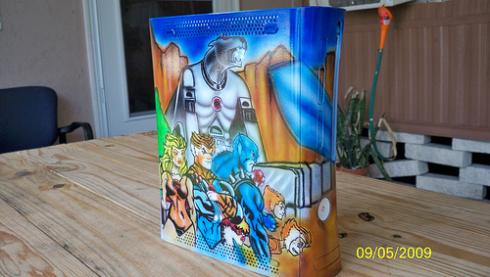 I especially love the bright colors with which the painting has been done, as it adds to the real ThunderCats look and its authenticity. You could contact the modders if you would like a customised Xbox yourself. You could also take a look at the Afro Samurai Xbox Mod if you are not a great fan of ThunderCats. If you are more into music, the Beatles Rock Band Xbox Mod is the one for you. 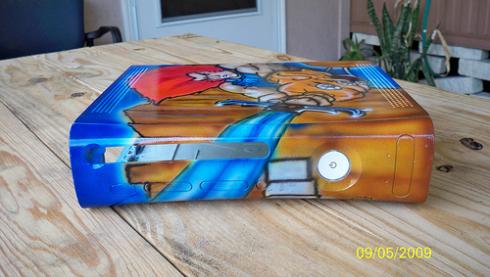