Joker Why So Serious Xbox 360 Mod

This Joker Xbox 360 mod is one of the greatest I have ever seen because it is an ode to the Joker from the Dark Knight, includes the catch phrase ‘Why So Serious?’, has a cool Joker face popping out and also the Batman logo to hold it all together. 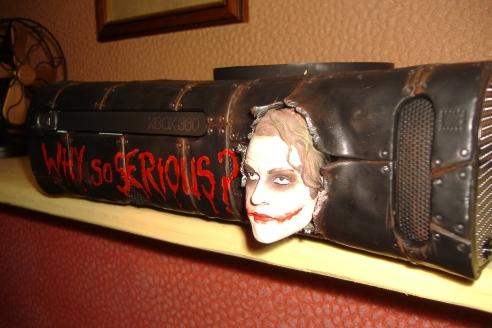 The latest Batman movie the Dark Knight should have been called the Joker, for that character stole the show and was an amazing performance by the late Heath Ledger. As the creator and tipster, Carl, who send us the images would probably agree, this specific Xbox mod is definitely a tribute to that character, that performance and simply seems a little more ‘dark’. 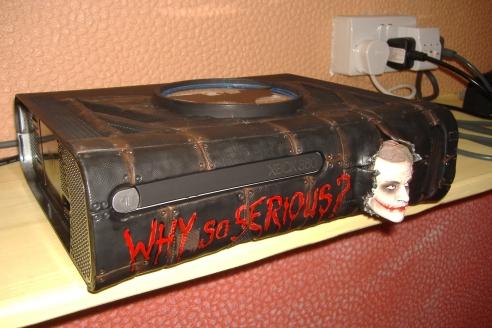 While there have been so many different Xbox 360 mods, this one by Carl Butler really takes the cake, for it is absolutely stunning. The Joker’s presence really comes out…literally…and provides a great tribute to the Batman villain and the late Heath Ledger. The specs are the same as we have been accustomed to in the Xbox 360, but besides the great visuals, the actual skin looks like leather as if sown together piece by piece. It is truly a remarkable Xbox 360 console mod and I would hope such creation would be available for purchase. 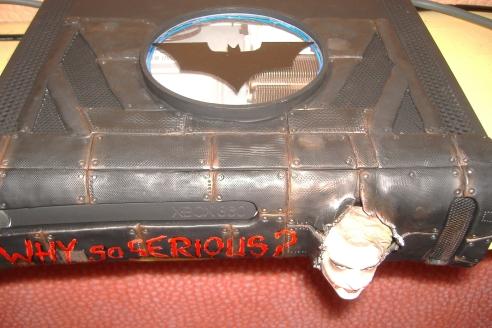 Unfortunately, it is not a mass marketed Xbox 360 mod, nor should such a masterpiece by made public, for it would lose the cool factor and become a meaningless art piece.

Thanks Carl for the images and the info. Wonderful work! 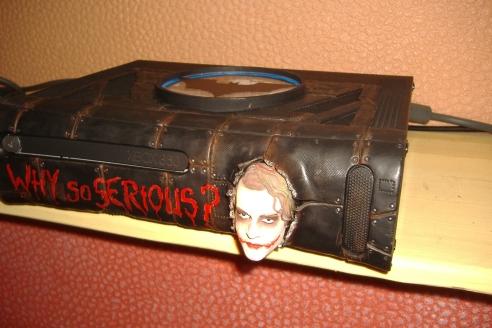