There have been some great looking Xbox 360 Controller Mods before, but this one takes the cake for creativity, weirdness and looks as if it would be extremely difficult to get used to. 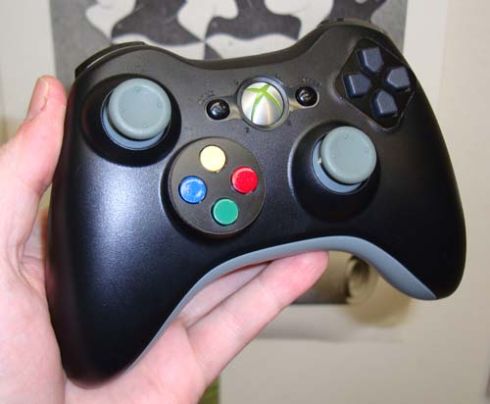 This new controller mod by Ben Heck, who also brought you the Xbox 360 Laptop Mod and the Xbox 360 Controller Monitor Mod, is designed rather differently than we would expect. The new creation swapped some of the controls around for a client and off first look seem like it would make gameplay a lot harder (although some would beg to differ).

Ben Heck has changed the action buttons and directional pad, left and right triggers were exchanged, and also added an additional set of the X Y B A buttons in the back of the controller. Of course we can see it is not made for mass market (even thought the clean job looks so), but he mentions it is meant for those that have a hard time with the default controlls.

Well, if you can think it, Ben Heck can mod it 🙂