There’s nothing new about a gadget being water cooled, right? Wrong! You don’t get water cooled gadgets that easily out there; especially not Xbox 360’s. Yeah, there have been water cooled Xbox mods earlier also, but not as perfect as this one. The whole water cooling system is placed right inside the Xbox, so, no hassles of motor and radiator on the table while enjoying your favorite game with a nice cuppa coffee. 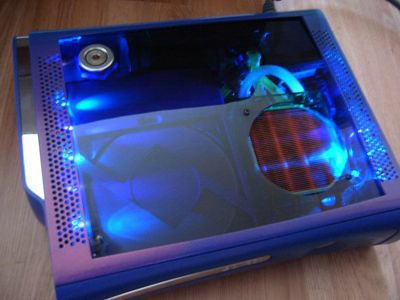 The shell of this Xbox mod has been provided with a tinted plexiglass semi transparent lid, so that, the LED lights in the “motherboard” of the Xbox make for a cool visual appeal like the LED Xbox Mod. The complete case has been painted aqua-blue in color – just for the feel, though…similar to the Quake 4 Xbox, but not Green :). This water cooling system made by Dano2k0 is self claimed to be the most complex one ever – very close to perfect he says. Anyways, as the main topic priority, the whole thing is faultlessly working without any niches. Even the GPU has been water cooled quite efficiently by this fellow here (an added advantage if he tries to sell this stuff, I say). 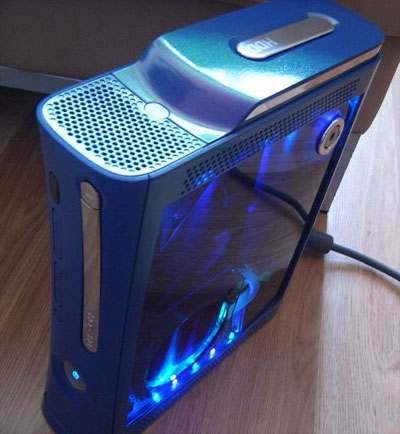 If all goes well, this guy is surely gonna make big bucks. But I guess what will happen to this mod when the temperatures are really low – snowing or something? Won’t the water freeze? 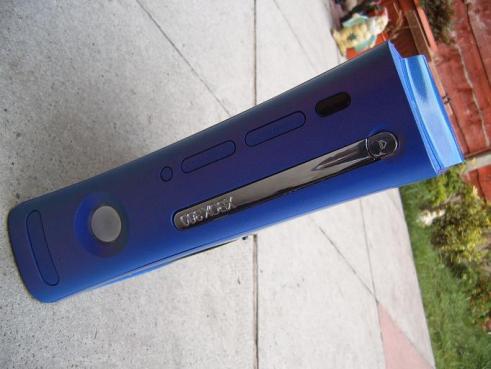