The Witcher 3: First Images of Blood And Wine Revealed

After having crushed its competition and being declared the game of the year, The Witcher 3 looks at the future with its new expansion Blood And Wine. Read the first few bits of news in this story! 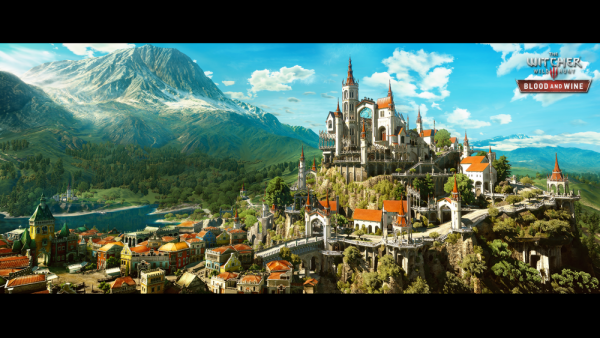 The team behind spectacular The Witcher 3

, the Polish studio CD PROJEKT RED have released the first few images of what is to become the last expansion / DLC for the game, Blood and Wine. This new downloadable content will be arriving to all platforms (that is, Xbox One, PlayStation 4 and PC) throughout the first half of 2016 and will let players explore new lands, get into a new set of troubles and see completely new zones that weren’t accessible until now. The Witcher 3 has had a fantastic year getting award after award, and topping it all off with the Game of the Year award from the 2015 Game Awards in Las Vegas. It has been a year of many accolades, and the Polish studio has collected some 300 of them so far. Despite this, the development plan for The Witcher 3 still isn’t done, and the developers are working full speed to finish Blood and Wine, and their next game Cyberpunk 2077. 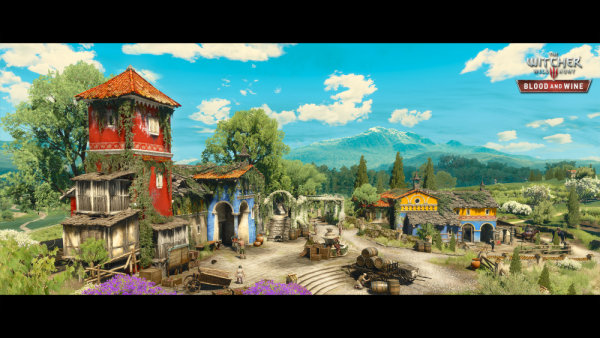 Blood And Wine is included in the Season Pass that CD PROJEKT RED had been offering for a while, and also included the previous DLC Hearts of Stone. This new expansion, though, is said to be almost twice as long as the previous one, and will have some 20 hours of new content – which was about the total length of the previous entry in the series, The Witcher 2. The developers promised to fill the new map with detail and stories for the players to uncover, besides including completely new areas to traverse, completely different from Novigrad, Oxenfurt or the Skellige Islands which we got to see in the base game – and from what we see in these new screens, there is going to be a huge difference even aesthetically from the main game, as the expansion will trade the grey and reddish tones of the medieval environments for stronger, more vivid colors evoking the European west, mainly France and Spain, for an added dose of exoticism.

The new region is called Toussaint, and will see main character Geralt travelling through a war-torn land attempting to uncover old secrets hidden behind arcane, ancient rituals. In any case, it seems like it will start out like one of the stories from the novel series: that is, Geralt gets to a new place, notices something, and weird things start happening all around him. As of now, we don’t know much else about the story, but as soon as new information surfaces, you will be the first to know.

Be social! Follow Xbox Freedom on Facebook and Twitter, and read more related stories at Best Amazon Video Game Christmas Gift Cards and The First Gameplay Trailer of the Final Fantasy VII Remake Is Out.