With Christmas getting closer and Sony cutting prices on the PlayStation 4, Microsoft went ahead and did the same for the Xbox One, resulting in a fantastic Xbox One Gears of War Bundle you can buy on Amazon. 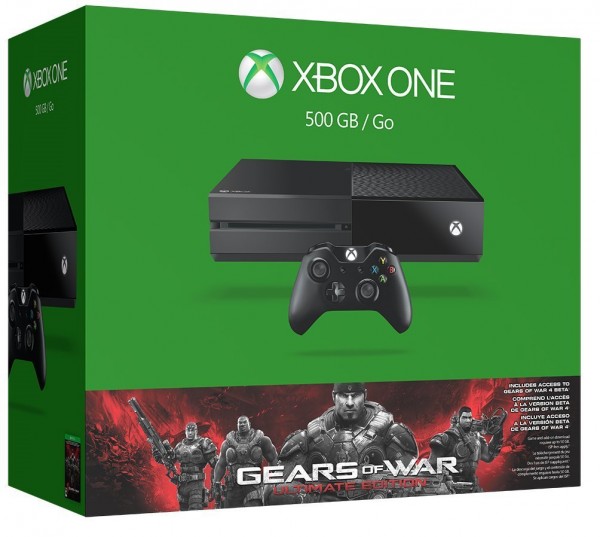 The deal is for the Xbox One 500GB console & Gears of War: Ultimate Edition, cutting the price down from $349.99 to $299.99, a 14% discount. The bundle includes a 500GB hard drive Xbox One Console, a full-game digital download of Gears of War: Ultimate Edition, newly updated Xbox One black wireless controller with a 3.5mm headset jack, a 14-day trial of Xbox Live Gold, AC Power Cable, and an HDMI Cable.

This isn’t the only bundle that’s getting a $50 discount for the Xbox One. There’s the 1TB holiday bundle which includes Gears of War, Rare Replay and a download token for Ori and the Blind Forest, costing $349.99 instead of $399.99.

The third bundle on a $50 slashed price is the Elite 1TB bundle, costing $449.99 instead of $499.99 and includes a 1TB Solid State Hybrid Drive Xbox One Console, an Xbox One Elite Wireless Controller with set of 4 paddles, 6 thumbsticks, 2 D-Pads, and a USB cable, an Xbox One Chat Headset, a 14-Day Xbox Live Gold Trial, an AC Power Cable, and an HDMI Cable.