Morph for Xbox 360: Ways to Transform Your Xbox Controller and More

If you have been getting tired of using the same old Xbox 360 controller, I would not blame you. It gets a little monotonous when you have to use the same sized, same shaped controller every day and night. Rodrigo Brenner, a Brazilian product designer from Curitiba has designed a Morph for Xbox 360, which can be used in many different ways. Firstly, the controller comes with many technical features such as movement sensors, wireless system, vibration and audio system which enhance the experience of the gamer. 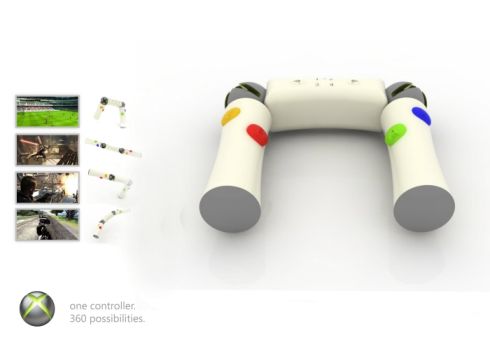 Moreover, you would not have to stick to the same shaped controller everyday and you could change the controller into anything you want. According to your imagination or based on the game you are playing, you could create anything you want including pistol, a motorcycle, a sword, even a soccer player or just about anything else. While the idea seems really interesting, it might take a while for it to be even noticed by manufacturers.

Amazing concepts usually need a little more than just the design, and the most important is the right kind of publicity so that the company concerned or manufacturers can take notice of such talent. You could check out other interesting controllers like the Xbox 360 Controller Seat which is actually made of cardboard. The Retro Sci-Fi Xbox Controller is pretty cool too and brings a 1950s science fiction movie feel to your gaming session.