Cyber Monday Deal: Get an Xbox One at Target With A Free EA Sports Game

Cyber monday is here, and that means crazy deals abound. Among one of those, Target is offering a free EA Sports game with every Xbox One purchase. 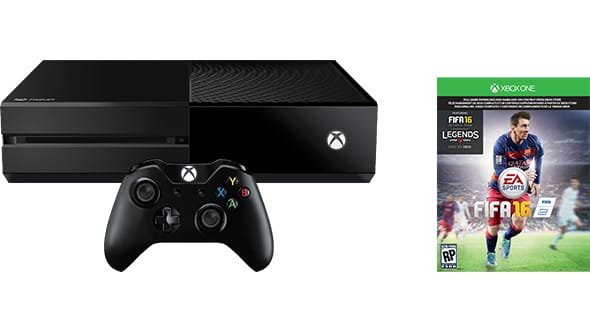 The Xbox One, Microsoft’s latest brainchild, has been one of the big stars in all the deals that popped around during Black Friday 2015, but the fun doesn’t have to end there. Turns out that, if you missed your chance, Cyber Monday is here so you can finally upgrade your old console and jump to the new generation of games and entertainment, with titles such as Halo 5: Guardians, Rise of the Tomb Raider, Fallout 4 or The Witcher 3, as well as all kinds of sports games which are the bread and butter of gaming, and some of the titles we play the most throughout the year. Yet, the Xbox One is also capable of taking Skype calls, running all kinds of apps, and stream all kinds of media, making it the most well-rounded machine this generation.

This time around, one of the best deals comes from Target, who are offering all of the Xbox One console bundles that were made available for Black Friday, but with a free EA Sports game on top. There is even an Xbox One FIFA 16 bundle, so you could also walk away with two brand new sports games to play with your family or friends. Each one of the EA Sports titles are, at most, a couple months old, and will be heavily played for the next year, so if the idea of getting a $59.99 USD title along with your brand new console sounds good to you, head over to Target and don’t miss the opportunity. You will have to wait ’til next year’s Black Friday to find anything this good again!