Helping new Xbox One owners make good use of the voice commands that the Kinect 2.0 camera allows for, Microsoft have released a cheat sheet detailing them. 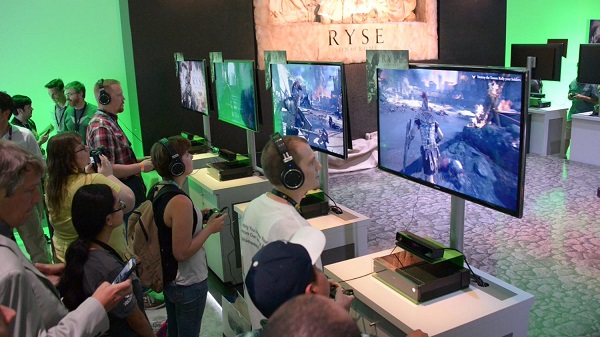 In the days of old, when the Xbox 360 and the PS3 were the best games consoles on offer, shouting at your television in frustration would get you nowhere. It might help you calm your anger after a particularly tricky level or after a multiplayer match had saw you end up on the losing team, but other than that, there were relatively no benefits to yelling in your games console’s direction. Now, with the Xbox One, which comes with Kinect 2.0, a camera that allows for voice commands, Microsoft have made something useful out of flinging words around during gameplay. Various things such as being able to switch on your Xbox One are already known, but for those who have yet to figure out the rest of the voice commands, Microsoft have released an official cheat sheet.

Of all of the voice commands that you can tell your Xbox One, “Xbox Help” is likely the most useful, as it brings up the help options for the current app that you’re using on the console. Also useful is the “Xbox Skype [person]” command, giving you the ability to easily start up a Skype call with those on your contacts list, making it as simple as ever to get in touch with someone and tell them about the great game you’re playing or movie that you’re watching.

Other features dispel doubts of the voice commands being a gimmick, in some cases helping you save time. A good example of this is the “Xbox use a code” command, which causes the Kinect to begin scanning for redeemable QR codes (which you can then hold in front of the camera to redeem). Another useful commands are the “Xbox  volume up/down” and “Xbox mute/unmute” features, helping you quieten your TV in a hurry when you can’t find your TV remote. There are a plethora of other voice commands too, which you can see on Major Nelson’s website (the link to which is below) but if you don’t want to make good use of them you could just use the “stop listening” command, which dismisses voice commands on the screen in that moment.