Xbox One Unboxing With Major Nelson

The newest iteration in the Xbox console family is about to hit the shelves, and now we can show you straight from the horse’s mouth what’s inside the box. 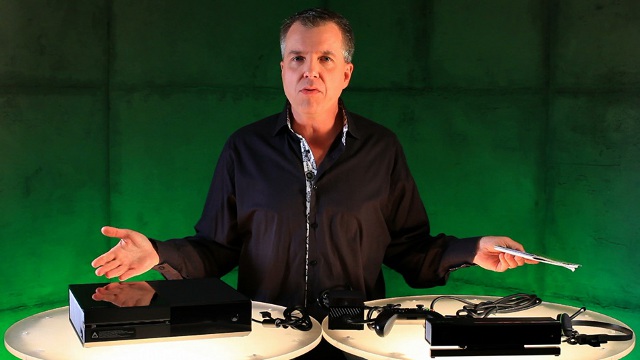 The ultra charismatic Major Nelson, Xbox’s figureman and nexus between the company and fans, has recently starred an unboxing video where he shows the Xbox One console coming straight out of the box. Were you curious about what was included in there? Well, keep reading, because your answers are right here.

The version seen in the video is the Xbox One Day One edition, with a special Day One package featuring an exclusive DAY ONE 2013 controller with chrome D-pad and a Day One digital achievement. The quantities are extremely limited, so don’t expect future editions to roll with this too. The box includes the Xbox One console itself, the Kinect sensor, HDMI cable (Finally!), and power supply, all with an incredibly cool “liquid black” finish that looks just beautiful.

The Xbox One console itself is the most advanced video game console in the market, with a  500GB hard drive, slot load Blu-ray drive, IR blaster port, HDMI input and output connectors, a S/PDIF interface, new Kinect sensor port, three USB 3.0 Super Speed ports, Wired and Wireless network support and a Kensington Security Slot. All these components will be more than able to carry you swiftly onto the next generation with some of the best hardware around.

In other good news, the Xbox One controller will be able to play both wirelessly (using standard or rechargeable AA batteries), or wired via the standard micro USB port. The coolest bit, though, is that the micro USB cable will charge the batteries if you are using the Xbox One Play & Charge Kit! This functionality doesn’t extend to generic rechargeable batteries, but hey, it’s still pretty kickass.

If you wanna see the reveal with Major Nelson himself, just check the video right below these lines. The guy is charismatic enough, and the console is just beautiful, so what do you have to lose?

You can check some of our other currently running stories at Xbox One: The Facts So Far and New, Next-Gen Tomb Raider Confirmed By Squeenix.