Xbox concepts continue to charm us with their originality and creativity, and the Xbox Concept Study undertaken by Steven Corraliza from Miami, Florida is no exception. 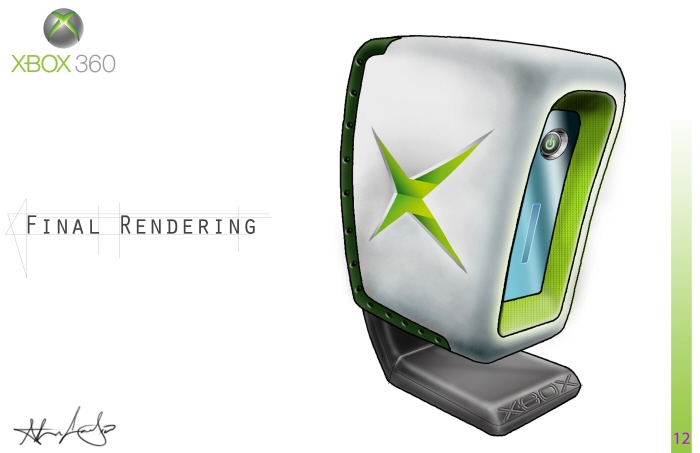 Steven Corraliza‘s study involves a number of sketches, which are primal in nature but give you a fair idea of what the concept might look like when a demo model is built. The concept consists of the vertical body of the console, and the console would come with a controller input at the bottom, and a DC slot at the top. 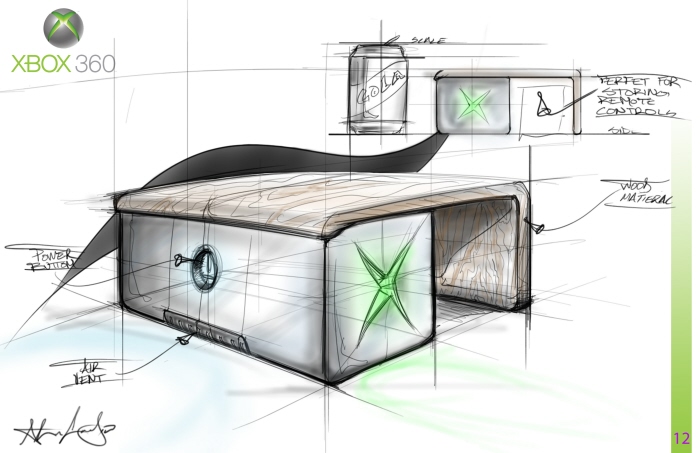 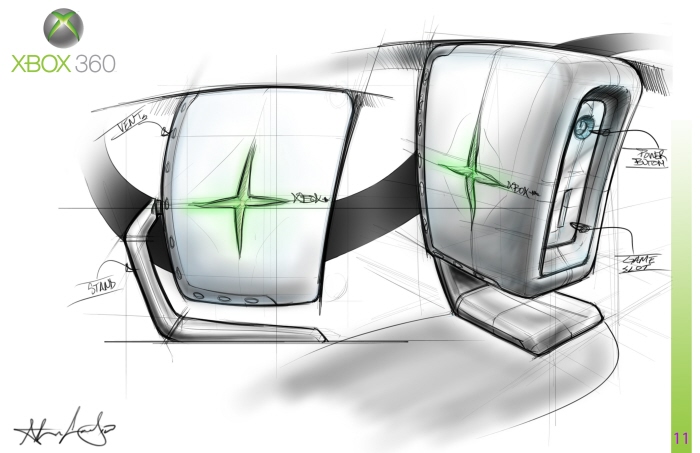 One of the sides of the console has a slot for game drives, and the provision for graphic art on the side of the console only makes the rendering more artistic. The designer has taken care of many issues that consoles face today. In order to make sure that the console does not heat up after a long gaming session, he has provided an in built air vent hat would cool the machine. The rubber grip at the bottom would avoid accidental slipping of the console, and also prevent the console from scratches and dents at the base. 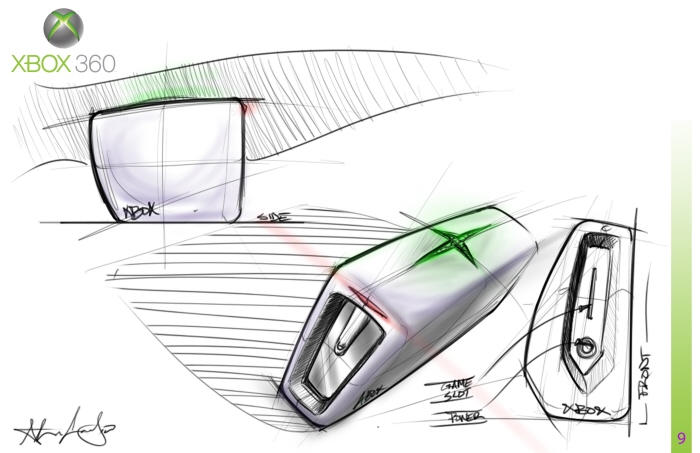 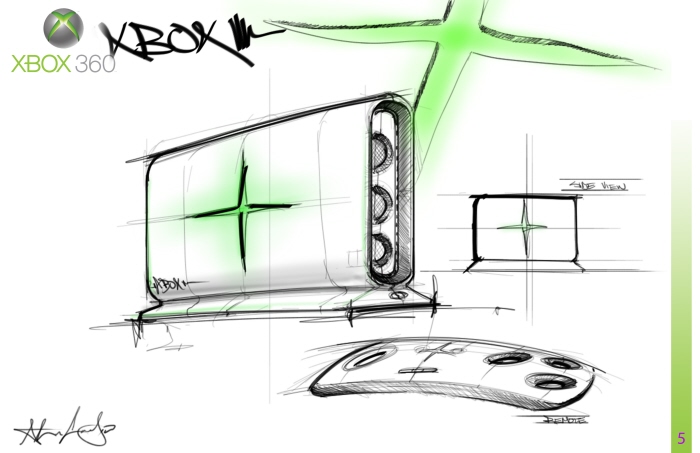 The Xbox Concept Study perhaps aims to eliminate problems faced by the commercial version of Xbox 360, and improvise on aspects of cooling, ergonomically placed slots and buttons, and added features such as rubber grip and a vertical design. It would have been great if we could actually see a 3D rendition of the concept instead of just the primal sketches. Nevertheless, the sketches do provide an idea about the console and how it might look when it finally materializes. 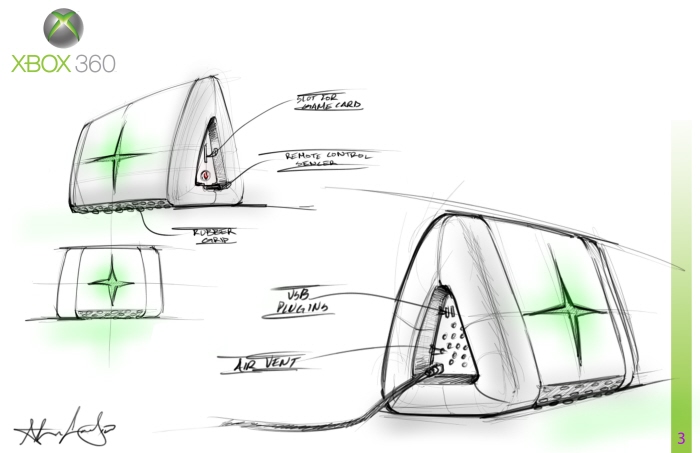 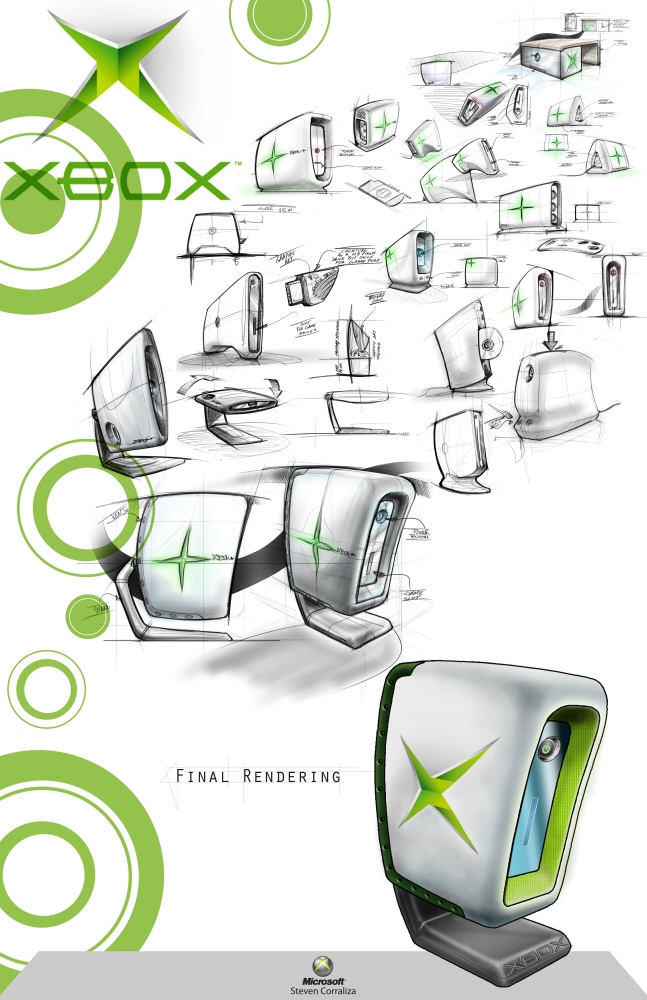 It is not clear when the designer would reveal more information about the console, and when he does reveal we hope it would be something positive about the concept materializing. You could take a look at the futuristic Xbox 1080 concept which not only comes with the ability to play games, but will also keep you entertained with music and movies. The Xbox 720 Console is something that is straight from a sci-fi movie.