We have seen a number Xbox and Xbox 360 inspired cakes, and most have made us drool for hours. The funny thing about cakes is that they look so good, and taste equally good. 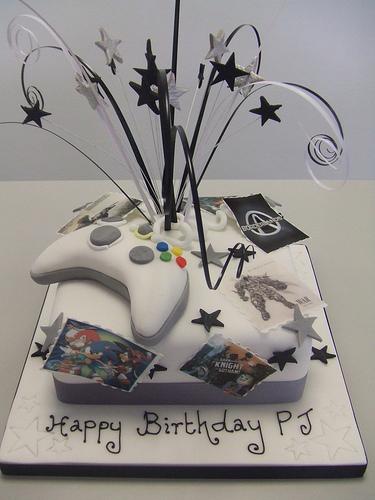 However, once you cut them up, it’s a pity that the original design is ruined. Take for example this amazing Xbox 360 themed cake, which has been baked by Cake Chester. The cake is visually striking, and has a lot of decorative stuff on top of it.

I am not really sure if the stars and the decorative stuff can be eaten, but they certainly add up to the “look” of the cake. With all the cool game posters and comic pictures pasted all across the cake, the guy who got the cake for his birthday must be one lucky devil!

Even the controller looks amazingly delicious, and I am sure most of us can’t control our digestive fluids when we look at this amazing cake. You could take a look at other cool cakes like the Xbox 360 Controller Cake, and the Impeccable Xbox Cake.