I have always thought the Xbox 360 is a beautiful console, and with all the accessories matching in their own way, it is simply a good looking console. The thing is, when I saw this Skull Xbox 360 controller cradle, I was just blown away and realized here is something the Xbox 360 has been missing. 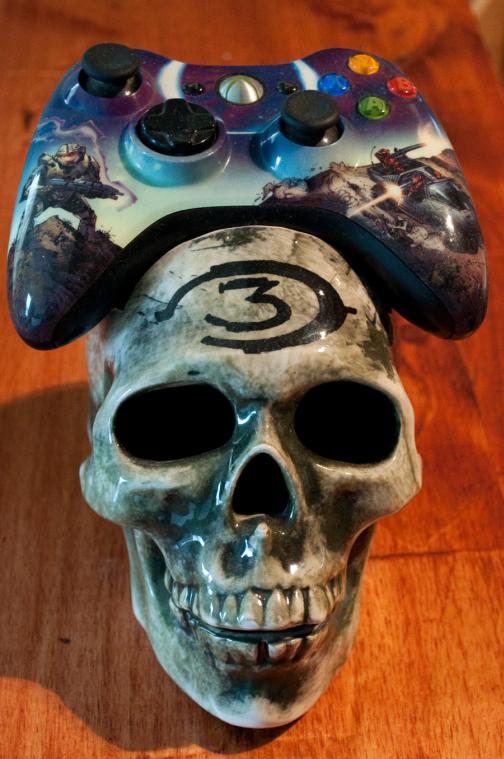 This Skull cradle is not a released product, but an actual art project from Darryl Smith, who has taken it upon himself to make one of the Coolest Xbox 360 accessories I have ever seen.

Along with the Halo themed Xbox 360 controller, the skull has the Halo 3 logo imprinted and looks like the baddest thing ever. It just seems like the perfect match and makes the Xbox not just a console for gamer geeks but an awesome console for everyone. True, the are many Xbox mods and even other controllers that are extremely cool, but this one deserves a really high spot among them. 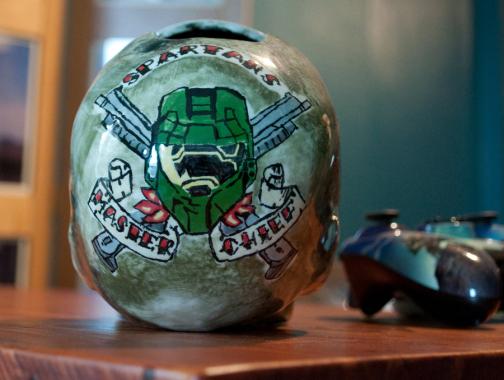