Thanks to Microsoft’s recent Xbox 360 redesign, the console has outsold both the Wii and the PlayStation 3 for the month of July.

According to independent research group NPD, the console sold 443.5K units, while the Wii sold 253.9K (losing it’s usual top spot) and Sony’s PlayStation 3 was left slightly behind the Wii with 214.5K units. 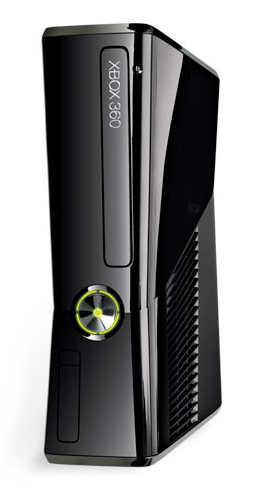 This puts the Wii in a spot it’s rarely seen since the console’s launch in 2006. While it’s not the first time that a Nintendo system has been anything other than number one in hardware sales for the month, one could probably count them on one hand.

The updated console, which was announced at Microsoft’s E3 media briefing (a.k.a. Microsoft’s Oprah event, because they gave free Xbox 360s to everyone in the theater) in June and began shipping that same week,Â  didn’t seem to affect sales much in June. However, that was more likely due to availability of the console at retail than demand.

Now that the machine is in full production, and Microsoft has had enough time to begin shipping it at a more constant rate, it seems that the sales have gained momentum.

According to NPD analyst Anita Frazier, the last time the console had a top spot was when Microsoft released Halo 3, the popular Xbox-exclusive shooter. This was almost three years ago.

A temporary boost in sales is not unusual when a console receives an upgrade. However, Microsoft is going keep the momentum going with the introduction of yet another game into the Halo series.

Bungie, the developer of Halo, has just completed production on the latest game in the franchise, Halo: Reach, and it’s sure to be on top of the NPD charts when it launches.

Halo: Reach, a must-buy for Xbox fans, launches in September. Fans will have the choice to purchase the game with a special edition 360 as well. The game will no doubt provide a boost in sales through the upcoming months. Well played, Microsoft.

Microsoft is no stranger to Halo-themed consoles, but it’s hard to blame them seeing as how it’s such a money maker that even manufacturers of board games are getting in on the action.