Rumor: Duke Nukem Forever May be Alive After All, Thanks to Gearbox

Duke Nukem ForNever Waiting Forever Forever, the game that has become a joke amongst gamers and is probably the first title that comes to mind when they hear the word “vaporware” may still be in development.

This comes from an anonymous source familiar with the matter who tells website Kotaku that Gearbox Software, developer of Borderlands, has taken on the role of developer for the game and is continuing from where 3D “When it’s Done” Realms left off. 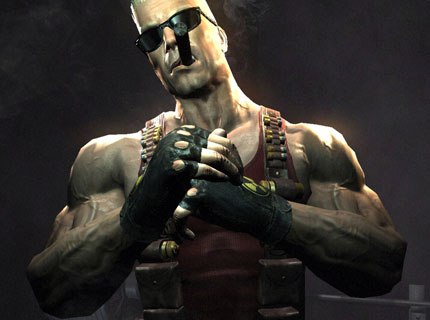 Kotaku has already contacted publisher Take-Two Interactive, who has confirmed that they still have the publishing rights to the game but has declined to comment on Duke Nukem’s status and whether or not Gearbox is in fact developing the title. Gearbox was known to be developing a cancelled game in the Duke Nukem franchise called Duke Begins.

It’s worth noting that Gearbox Software president Randy Pitchford has also declined to comment on the situation, but told Kotaku that he may be able to clarify things a bit at this years Penny Arcade Expo (PAX) in September. Meanwhile, George Broussard, founder of 3D Realms hasn’t responded to the website for requests to comment.

Some may also remember the legal battle that ensued between developer 3D Realms and publisher Take-Two Interactive in which T2 sued 3D Realms for failing to develop the game within a reasonable time frame. It’s reported that the two settled earlier this year under unspecified terms.

One of the website’s sources said that a playable demo of the game will be available later this year.

Don’t get too excited yet. There is still no confirmation, but it’s unusual that the developer’s president would offer to “clarify” more on the situation later this year. If this rumor is true, perhaps Duke Nukem will be in the record books as longest ever development schedule for a videogame. It remains a question how much an Arnold impersonator with bad one-liners and a funny haircut can still appeal to gamers. Unfortunately, Duke still seems to maintain a lot of what may have seemed cool in 1996.

Gearbox software is known for Borderlands and their work developing Aliens Colonial Marines. Meanwhile, most of us are waiting for a game we know is coming next month. A little title you may have heard about called Halo: Reach.