Your Xbox 360 Experience Is Now Portable

We all love our 360 and the jokes about us not leaving the house because we gotta get a couple more frags or achievements are endless… but now, we can put an end to that. No, we’re not talking about going out and talking to people, that’s what college’s for. We’re talking about making the Xbox 360 experience portable!

That’s what the guys at Darkuncle have been working on, creating portable custom versions of Xbox using laptop cases and screens to be able to carry the console with you anywhere. Now this would be truly Xbox 360 slim. The guys have been working in two portable models, a 15” one and a 17” model (which is still in the works.) 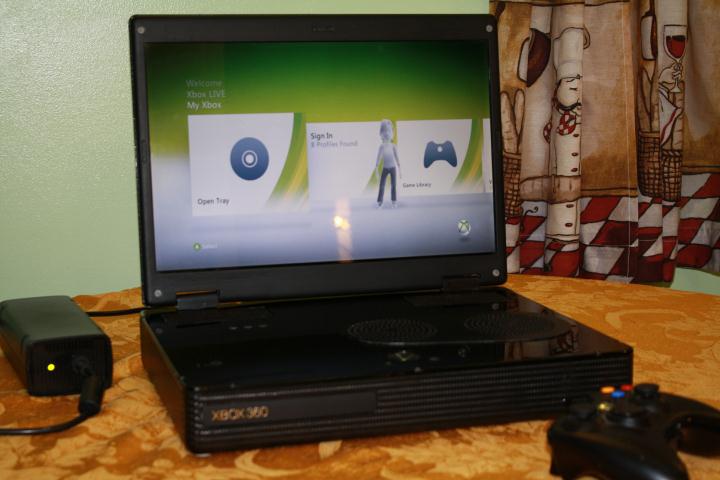 These units are custom made, and up for sale if you decide to contact Darkuncle. The design pretty much reutilizes everything a 360 has built in, yet adds a couple of extra fans (one on top, one on the side) for extra cooling. The thought process was “keep it simple, keep it small, and make it look good”.  And the DCG15X360P was the result. 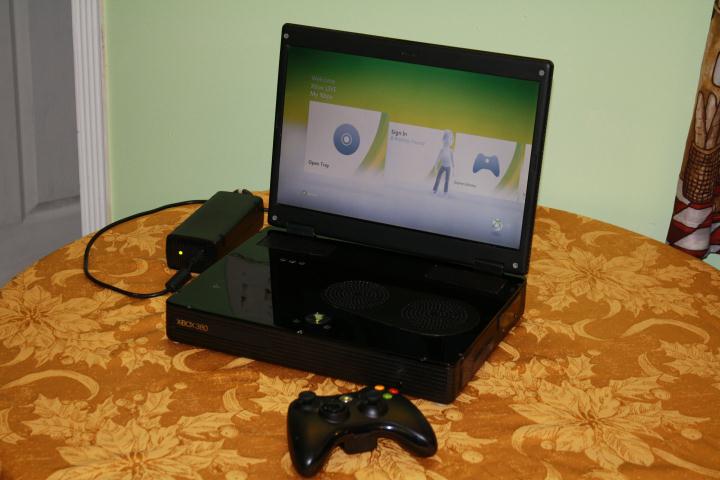 The overall size of the best (called DCG15X360P) is 2 ½” thick by 14 ¼” wide by 9 ¾” deep. The only problem? It doesn’t have a battery, so it requires to be plugged in to work. Yet, that shouldn’t stop you from plugging in on your car, friends’ LAN party or anywhere you go, and show off right there.

Again, the best part is that you can have this console if you’re interested: If you want to take this baby home, it’ll be yours for just 2250$ plus shipping, for any of the versions (17” or 15”). That price gets you your own portable 360, like the one shown in the video, with VGA out for video and onboard speakers and stereo headphone out for audio. This might sound a bit pricey, but again, this is a one-man job doing the whole process. The good news is that you can cut the price down 300$ by sending Darkuncle your own Xbox 360 Slim.