L.A. Noire is a new Mystery Thriller from Rockstar Games that puts players right back into 1947 Los Angeles. From the moment I turned this game on, I knew I was in for a treat.

When the developers set out to make this game, they really set out to make a game that would revolutionize game play as we know it. Visual animations in this game far outdo any other game I have ever seen, and it starts as soon as the opening cinematic appears. I was instantly amazed, as the characters have this appearance unlike any that I have seen before. They look incredibly real, and all of the visualizations through the game are something that I watch carefully, which is very important in a game where you try to evaluate the facial expressions of the characters. The player is provided a little bit of background knowledge in the beginning of the game, though it does not go in-depth with it, as the plot has a back-story that develops over the course of the game, as well as giving some information about key characters in the game, including your character, LAPD Officer Cole Phelps. 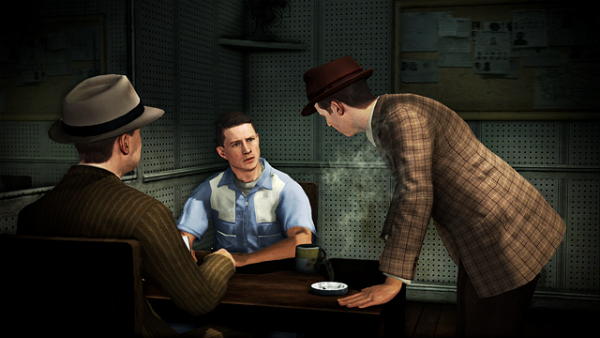 You start the game as a Cole Phelps who is trying to make his way up the ladder in law enforcement, starting as a Patrol Cop, and moving on up to a traffic detective, homicide, vice, and finally arson investigator. Each rank gives the player a partner who will help Phelps in his investigations, fights, and arrests, giving the story momentum with an array of different characters. The first case, a homicide, is pretty basic, just getting the player used to the controls and aspects of the game. In this game, the genre is really hard to pick, as there seem to be a few at the least: Action-adventure, Third-person shooter, open world, as well as Mystery Thriller. The different mix of genres really puts an awesome spin on this game. Unlike other Rockstar games, the user is not bent on killing and causing havoc, but rather the opposite end of that spectrum. When I first heard of this game, I was unsure how it would be, and even starting the game up for the first time I braced for disappointment. I was completely wrong, for as soon as I did my first questioning of a witness/suspect, I was hooked. 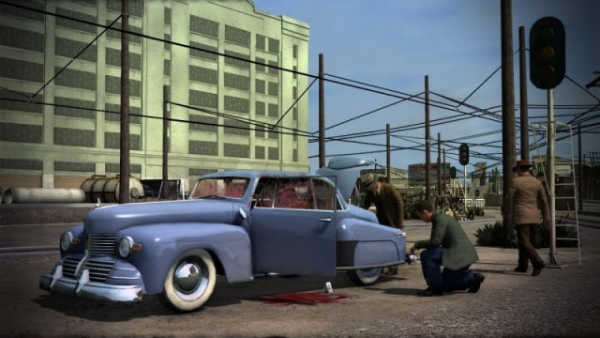 The first questioning was at a train yard, where a man appears to have been brutally murdered inside his own car. Called to the scene, you must look for clues that can aid you in your investigation, and this is quite fun. The game gives you different chimes and vibrations when you move toward a clue, helping you find them, though this can be turned off in the options. It’s best to find them all, as when you question the witness, you must be able to back up your statements (particularly if you think they are lying). This is the key part of the game, as the way that you interrogate the witnesses can lead you to more clues, possibly solving the case, or get you no new clues, leaving you in the dust where you must search for more. You gain experience for correctly questions witnesses, as well as solving cases and capturing criminals. The side missions are also quite fun, providing a spontaneous mix into the game. 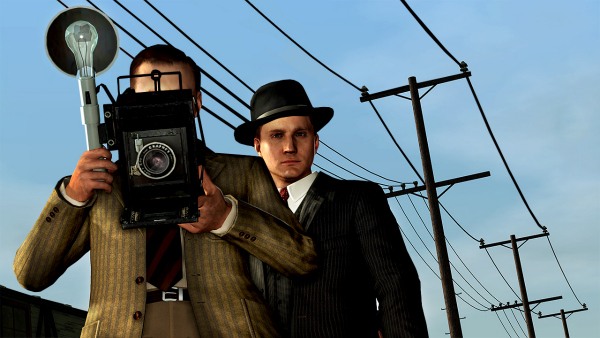 After playing this game for about three hours, I can say that I was thoroughly impressed. The game has an idea that is easy enough to grasp onto, yet hard to master. The questioning of witnesses/suspects is so much fun, which proves over and over again that it can really be quite challenging, and after a wrong selections of either Truth, Doubt, or Lie, you will find yourself saying, “Oh of course, I knew it!” The handling of cars seems to be really sensitive, which is something that I’ve never had a problem with in Rockstar games in the past, but something that can be adapted to with time. Along with the car controls, controlling your character can feel odd at first, as I would like to move my flashlight onto one specific spot, but I have to move my whole character to do that. That system seems to be a little weird, as you really don’t have a lot of control over the flashlight when you need it.

The acting and portrayal of the characters, as I said, is marvelous, possibly putting the “”video” back in video games. Musically, the game does wonderful. The score is a huge selection of jazz from the period, and as someone who has a passion for music, I can appreciate all of it, as the music really puts the player into the time. The missions have a wide array of objectives, and a bunch of different crime scenes, all providing their own twists to the story line, which is also very interesting. One visual feature that I do not like is the appearing of hints to tell the player what buttons to press. While this will aid the player at first, they get redundant after a while, and even in the way by slowing down game play, waiting for them to disappear. If the developers had incorporated a way to remove this, it would do wonders. Everything about this game is beautifully done, and I cannot wait to delve more into it. This game deserves a solid 9/10.

Be sure to stay tuned for a review on L.A. Noire’s included add-on, “The Naked City” And The Badge Pursuit!