Birthdays are never fun if they do not have a theme. Birthday parties with a central theme have been around for ages, but lately we have been seeing a lot of geeky birthday parties with geekier birthday cakes! Most of these cakes are either influenced and inspired by consoles, games or gaming characters. Here is a cool Xbox 360 Cake that is impeccably done and it even has a controller that is baked alongside. 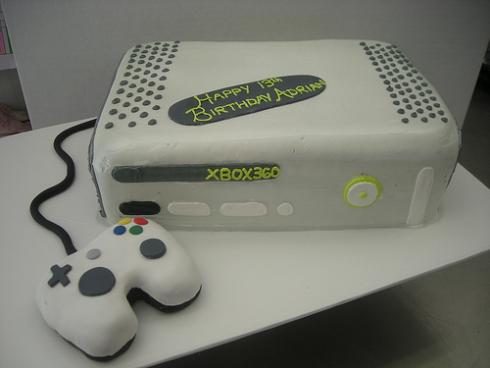 The cake was baked for lucky Adrian, who I am sure has a lot to brag to his friends about his last birthday. The details are superbly done and thanks to the icing, the cake looks almost like the real console itself. I would have loved to sink my teeth into this cake, and see what it really tasted like!

The cake was created by Asweetdesign, and if you would like a cake like that, you could try and speak to them! Or, you could polish your baking skills and bake something cooler and more creative. If you were looking for other cakes, we have written about Frosty Xbox 360 Cake, Forza 3 cake and many others.