We, as human beings have always been, are never content of what we get and always ask for something more, right? But, this Xbox 1080 handheld console concept design leaves no stone unturned by satisfying us by providing music, movies and games – all in one console! What’s more? This design has been made such so as to provide with maximum portability. 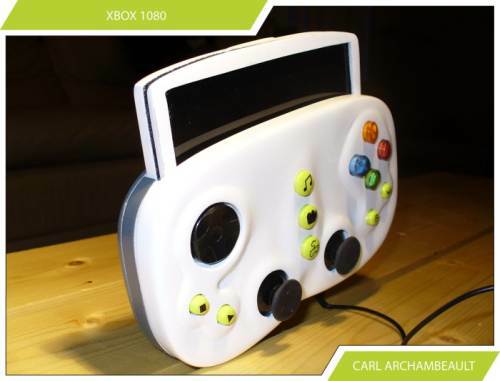 As the name goes, this version of Xbox game console sure is more advanced than the Xbox handheld we saw before or Xbox 360 we currently use – three times advanced! Made by a certain Carl Archambeault, this Xbox design looks pretty “cute” and game and hence, I guess, we would also see the feminine population craving for this item, what do you say? The gadget is intended to sport a Xbox LCD display that slides into the compact machine, making the gadget something to die for.

All in all, this product looks like a mixture of Sony’s the Xbox 360 and Microsoft’s Zune. The creator of this design has made a prototype of such a device, which, I guess is not functional, because, if, by any chance, it renders to be functional, then I would not be wasting a single second more writing for this stuff, and trying my luck bidding for this one of a kind multimedia gadget. Other futuristic design that is worth missing out is the Xbox 720 console, which foresees Xbox in a very new avatar and hopefully, some more features. 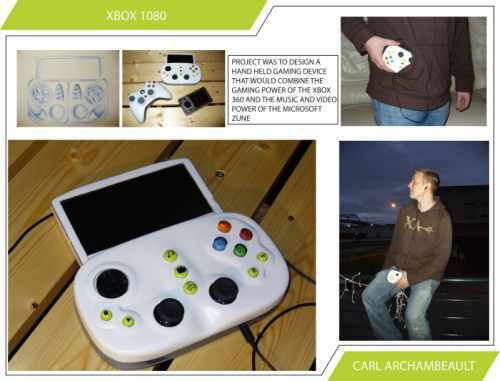