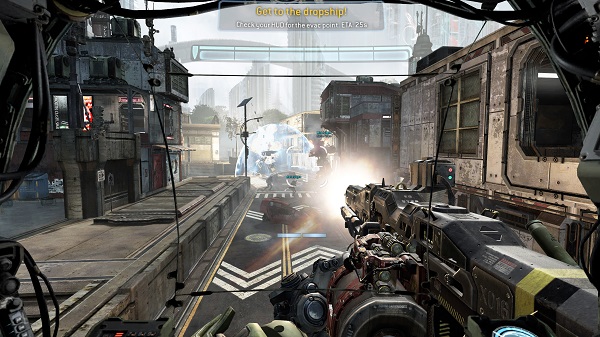 Video game exclusives are something special. Exclusive games are the system shifter, the platform prover, the thing that lets a console manufacturer boast its wares over its competitor. That’s what a console exclusive can do for a platform and even when it’s available on PC, the fact that it can hold that game over its rivals in the same space is key to how well a console can sell, particularly in its early release cycle when there are far fewer examples of the console performing well (e.g with a game that was developed and designed just for it). Titanfall is currently that game for Microsoft and while it’s available on PC (as a download of almost 40GB, mind you) and an Xbox 360 version came out after the Xbox One version’s release, many regarded the Respawn developed and EA  published mech shooter as the sole reason to get an Xbox One instead of a PS4 and, as new sales figures show, Titanfall worked exactly how a console exclusive should.

Having release their end of year financials, EA have revealed that during the first three weeks of Titanfall’s release (i.e when the game was only available on Xbox One and PC), the game sold an impressive figure of 925,000 copies. What’s also important to note is that the figures that EA cite are from the research group NPD, who haven’t accounted for digital sales in those figures meaning that people who bought the game either via Xbox Live (which could be a sizeable figure given that next-gen consoles have the hard-drive for large games) or via Steam or EA’s own Origin download service on PC.

Too, while the figures aren’t split up into PC vs Xbox One sales (and therefore they might not be completely indicative of the performance of Titanfall on Microsof’ts new console), NPD also explains that the game is already the second best selling game on Xbox One, even up against EA’s other popular Xbox One titles, FIFA 14, Need for Speed Rivals and Battlefield 4. EA even seemed proud to point out that “In the fiscal fourth quarter, EA titles represented 40% of Western World combined title sales for the PlayStation®4 and Xbox One” so while the success of Titanfall may mean that the sequel is released on PS4 too, the success of the Xbox One’s most popular exclusive looks set to continue.

Read more on xboxfreedom, Xbox One to Launch in 26 More Countries in September, Is Titanfall As Full of Cheaters as Call of Duty?