After being announced that the Xbox One lags behind the PS4 in terms of sales, the Microsoft console is now receiving an update to rival Sony’s machine. 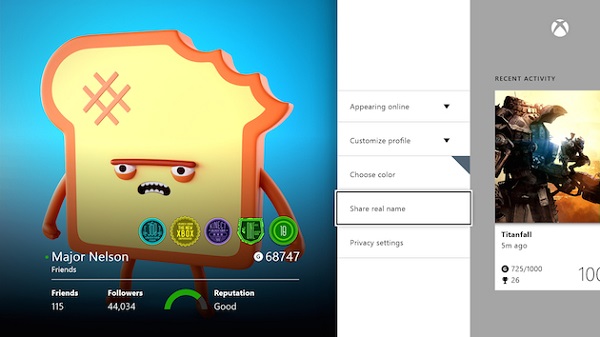 The digital era; more and more games are being released in both digital and physical versions. Publishers and developers want the very best chance that they can get for their games to be played by an audience who will appreciate them and so releasing their games in as many ways as possible is the best way to go. Too, when a trek to the shops isn’t something you want to do (read: or if you simply can’t be bothered) then with a few taps of a D-pad you can be on the store of your console of choice, ready to purchase the game and have it downloaded just an hour (or minutes, if your Internet is that fast) later. But the last generation of consoles wasn’t built for this, offering paltry storage space in comparison to the PS4 and the Xbox One, which both heavily encourage downloads. Unlike the PS4, however, the Xbox One didn’t launch with external storage support making life difficult if you were to run out of space but thankfully, the console is getting that feature and more in a brand new update.

In order to work with the Xbox One, the external storage in question has to be USB 3.0 and it has to be 256GB or higher, meaning that you can’t expect to use a miniscule memory stick to download the odd movie or TV show here. Though that’s not the only benefit of the update with Microsoft now letting you choose who is and isn’t able to see the real name on your profile meaning that if you get into a bit of a scuffle with someone during multiplayer, they won’t be able to use your details against you unless you let them.

Not only that but the patch even accommodates SmartGlass, which is what Microsoft calls your Xbox One’s ability to work with your smartphone and tablet. With the update, you can now receive things like push notifications about streams starting on Twitch, as well as the option to watch said streams on your smartphone, both of which are incredibly useful for expanding your Xbox One experience outside of the television/Xbox One set up, which is exactly the sort of thing that Microsoft hopes will encourage people to buy the console even more in the future.

Read more on xboxfreedom, Xbox One to Launch in 26 More Countries in September, Is Titanfall As Full of Cheaters as Call of Duty?