Tekken might just be the coolest fighting game from the nineties and Namco Bandai certainly has to be given credit for allowing Xbox fans to play this awesome game again and again on their consoles. Britt from New York City has created an awesome Tekken Xbox 360 using stencils and spray paints. While art and Xbox have always been associated with each other, we never had the fighting game Tekken being squeezed between the two. 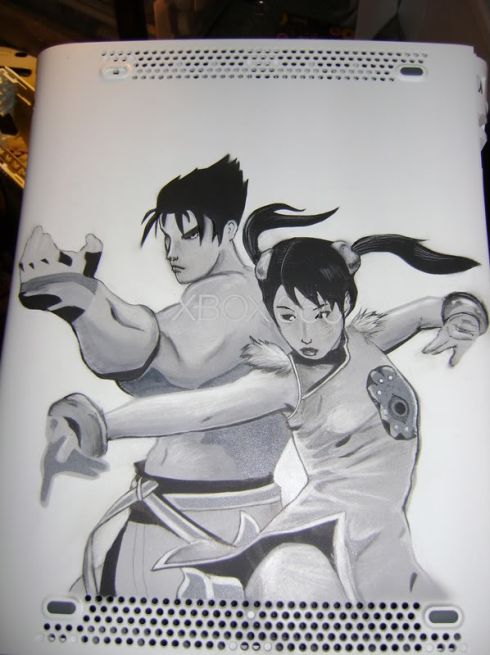 Britt claims she neglected the mod for a long time and out of an impulse uploaded the pics for us to appreciate, and I am certainly thankful she did so. She used bondo to create an even surface and used a dremel on it. Using micro pens, and prismacolor gray scale markers she created the characters from Tekken with the help of 3 layers of spray paint. 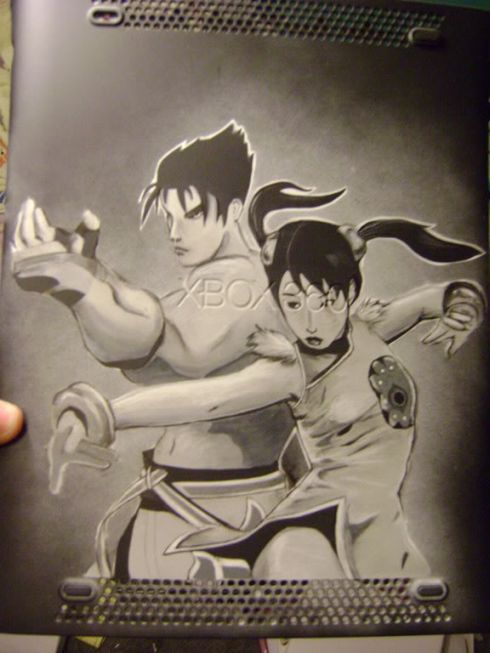 The multi-layer stencil looks amazingly cool and any Tekken fan would admit that the mod looks beautiful, almost like a charcoal painting. After getting the sketches done, she darkened the background to highlight the dark forces that rule our lives, and how we are all destined to “fight” perhaps. The opposite side of the console is painted black, and it looks really cool! 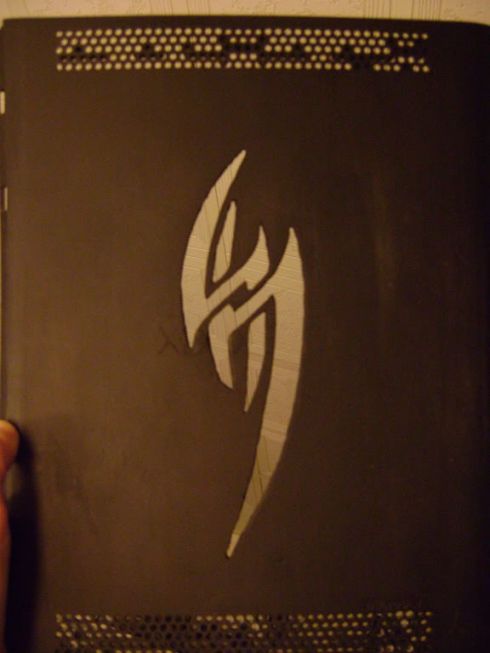 If you like violent games, you might also like the Gears of War Xbox Mod which we wrote about a few weeks ago. If you are not much into blood and gore, you could check out the Rockstar Xbox Mod which is pretty cool too. Nevertheless, I must say the Tekken Xbox Mod looks really artistic and much of it is owed to the darkened sketches. 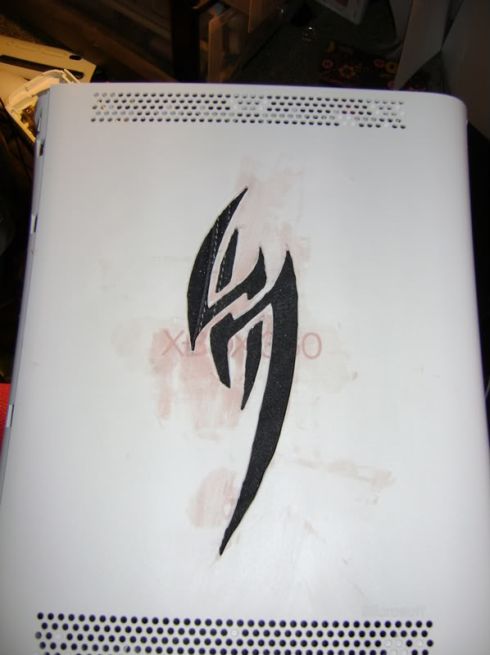