All of those adventure hungry, gunshot loving, blood thirsty maggots out there, this one is dug out just for your needs. Of all those Xbox 360 mods, this one seems like it comes right from a minefield of world war era. 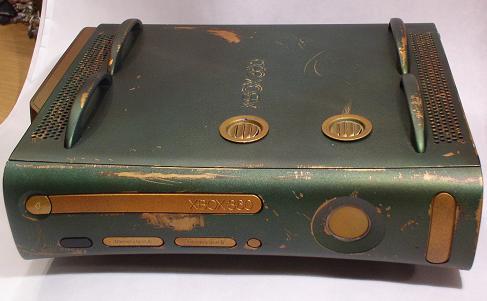 The rugged look of this Xbox mod is quite up to the mark and maintains a certain quotient of roughness in it’s style. The golden parts added-including the lining of the CD-ROM and some buttons- make a certain visual appeal that attracts us to it. The military green shade provides the mod with a macho like feeling; an added advantage to show your true type, what say?

After all these modifications, the Xbox mod looks more like it has been adapted from a Jules Verne novel. Made for some tough gaming this Xbox mod is a must for fans of games like Halo, Freedom fighters, Soul calibers and others. Such mods certainly make your day beheading your enemies.