This is an amazing Xbox 360 shoe controller that is too cool to be truly believable, but I must admit that it is something that many Xbox fans will flock to no matter if it is functional as an Xbox controller or not. 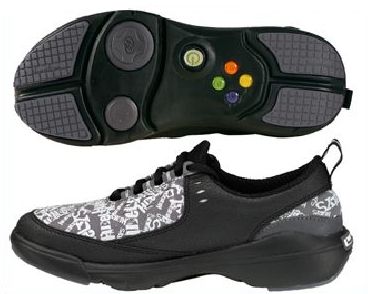 Unlike the previous Xbox shoes, this one has the controller buttons right on the bottom, including the On/Off button for extra flavor. It doesn’t even matter that it is a brand shoe and not something innovative by technology, for it just looks amazing and could definitely get innovators thinking for some future ideas.

Who knows? Maybe one day we will be wearing shoes and other fashion items on a daily basis and could play in some virtual game while going about our daily business. Ok, so it is a bit far fetched, but the design is at least there with these cool Xbox 360 shoes.