Back in the time when The Simpsons Movie was released, many promotional items were used to provide extra hype surrounding the movie. Along with a new Xbox game based on the Simpsons, this beautiful limited Edition Simpsons Xbox 360 console was also shown the light of day…and it was a happy (and yellow) one. 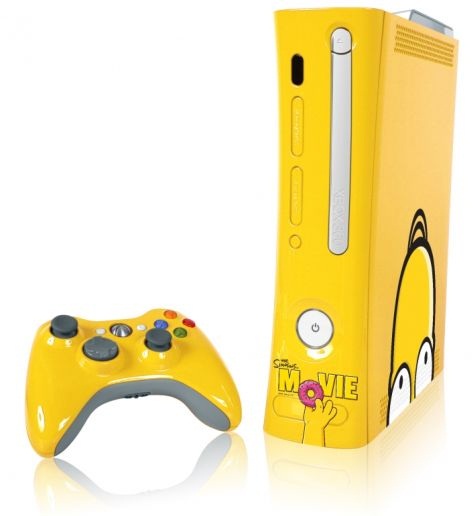 We all know how Yellow the Simpsons are, but I never knew it could be so beautiful. The Simpsons Xbox 360 gaming console looks amazing as it is and should really be made into a mass market release. With the movie’s logo out front, Homer’s head on the side and a bright Yellow Xbox 360 controller to join, it is like a heavenly match up.

Both Xbox fans and Simpsons followers could really appreciate some marketing and promotional gurus for thinking of such a great combination and delivering it as well as seen here. For other coold Xbox 360 consoles, you can see the Watchmen Movie Xbox mod and also the promotional release of a Watchmen Xbox 360.