The Red Ring Of Death Will Strike Twice At The Same Place!

Although the Xbox 360 provides it’s gamers with a great overall gaming experience and a high sense of satisfaction, just like the two sides of a coin, it still carries a long list of glitches along with it’s certificate of fame. This here is the work of Killroy05, who is obviously so disturbed of the frequent crashing of his Xbox that he has decided to channelize this feeling of anger and disappointment into something more creative. Note: second poster uses slight profanity…beware! 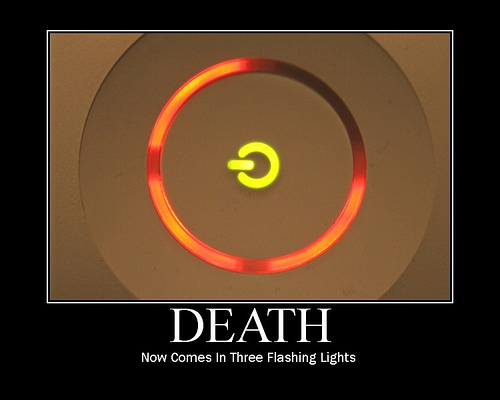 Here he describes Death in it’s latest avatar, a set of Three Flashing Lights that yell out Game Over for you and your gaming console. The Xbox hardware is just not that reliable enough and with numbers that indicate a failure rate of 23.7% it’s really frustrating to have one crash right when you are in the middle of completing an critical stage of a real tough game. 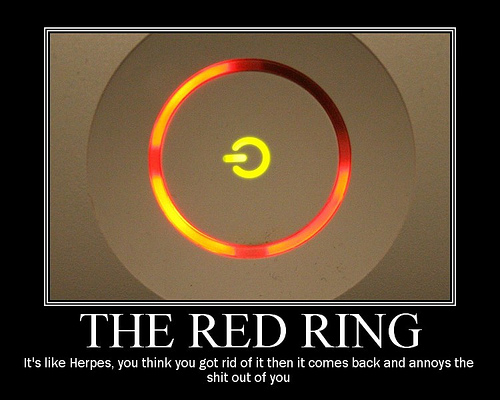 And as fate would have it our poor little friend Killroy05 got stung by the Red Ring Of Death yet another time nearly annoying the ‘S*^t out of him’, while at the same time inspiring him to create yet another one of his Death Ring posters and comparing it with even crazier stuff than the last time.

You might like to check out some other death related stuff that do not depict the dark side of the Xbox like the Evil Controllers or have a look at the Halloween Pumpkins that mock the Red Ring OF Death.