No Next Generation Xbox on the Way?

While rumors have spread that Crytek has been developing their next big game using next generation, the company has firmly denies knowing when the next Xbox will be released. Is this truth, or a little white lie?

Last week, rumors surfaced regarding developer Crytek using next-generation hardware to craft their next big game, Time Splitters 4. While there is no real way to confirm this action, other than the word of the inside source (a trusted and high-ranking source in the industry), the statement was taken in good faith. With the new statement from Crytek, though, it seems that either the source was wrong, or that Crytek is just possibly telling a little white-lie to try and keep their development a secret. Crytek announced to IGN that:

Relating to the recent rumours, Crytek do not have any next generation hardware from Microsoft, nor do we know when Microsoft may announce future hardware or what that hardware will entail.

Crytek are working at pushing the boundaries of what current technology can bring, including our focus on DX11 which will be released shortly as an update for Crysis 2, and we believe this work, added to our estimations of what the new hardware will provide, set up CryENGINE as a next generation engine for all consoles. 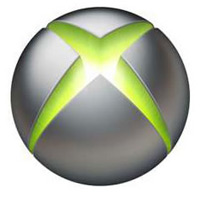 Crytek is said to be using Microsoft’s DirectX 11 for their next-generation development, consisting of tessellation, multi-threading rendering, and compute shaders, all of which is quite next-generation. What do the readers think of this situation? For more information about Xbox future and present, check out The Successor to the Xbox 360 at E3 2012? and Rumours and Counter-Rumors: Is Xbox Live Hacked?