Microsft will be giving the Xbox 360 dashboard a new look and update just in time for the holiday season later this year. 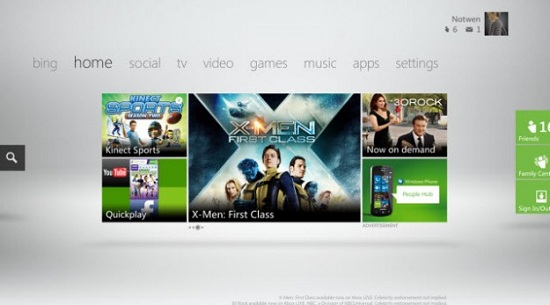 According to sources, the dashboard was unofficially leaked to Youtube last month in a short video. Microsft kept mostly hum about it until earlier this week when they released more information on the upcoming update.

Microsoft has been pushing for the console to become much more of a family oriented entertainment center over hardcore gaming console and some of these changes are certainly pointing in that direction.

One of the biggest changes to expect in this update will be a greater inclusion of social media features. Users will be able to link their Facebook accounts to their profile in order to share achievements, so that whenever one is earned it can update their account. Also players will be able to send out a social media wide “beacon” inviting friends to join in their current game.

Kinect controls will be receiving an expansion as well, with users able to navigate their dashboard similar to how they would a tablet computer. By swipping one’s hand left or right they can quickly scroll across menus, and will be able to access different tabs through speech recognition. 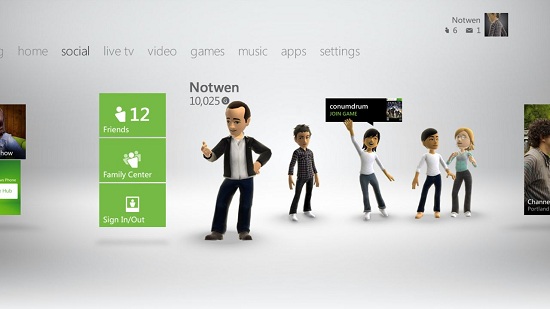 Some features such as Bing will be tied directly to the speech recognition. A user can simply ask their Xbox to search things for them by using keywords like “Bing: X-Men”. The search result will display all relevant search queries that it could find over Xbox Live, either as games, movies, themes, etc.

As well, where would any dashboard update be without a visual overhaul? This update looks like it will be following the same trend of previous updates, making everything look brighter, lighter and more inviting. Of course, we will probably all complain about the new look for three days and then forget about the past ones we’ve loved so much.

In other news, Rockstar announces Max Payne 3 to be released Next Spring and Possible Blu-ray Addon coming to Xbox 360.