The first Metal Gear Solid 2 images in HD have finally surfaced, straight from TGS, and now we get to enjoy them in a (short but) awesome trailer. 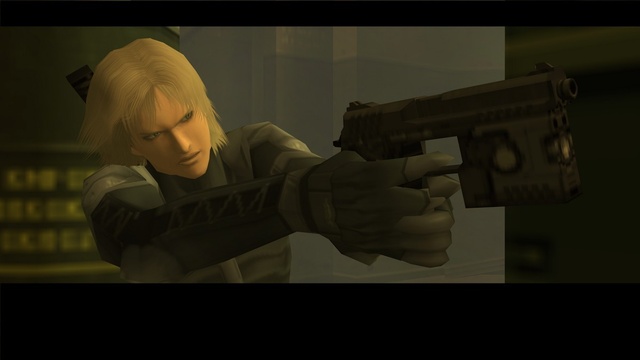 In this time and age, calling the Metal Gear Solid franchise ‘legendary’ might be an understatement, and these remakes sure make a more than welcome addition to the 360’s fantastic catalog. These games are special to each fan that played them, even with their quirks and deus ex machina out of nowhere.

Metal Gear Solid 2, in particular is a dividing point in the franchise for setting the tone to its brilliant conclusion in the PS3 exclusive Metal Gear Solid 4. At the time MGS2 came out, the game was slammed for being “too weird and nonsensical” and having replaced Solid Snake as the main character for the rookie Raiden, but almost 10 years later, most of the things the game cited in the fiction have been proven oddly prophetic, and can be appreciated nowadays under a different light.

Now that gamers know more about the modern world and recent developments, and have consoles way more powerful than the PS2, it’s time to give Metal Gear Solid 2 a new opportunity. And, as if it needed to be stated again, the game comes in a neat package that also includes the beloved prequel Metal Gear Solid 3, hailed as one of the most emotionally moving games of all time, and Metal Gear Solid: Peace Walker, a former PSP exclusive which gets to the bigger consoles for the first time.

The trailer from Tokyo Game Show features images from Metal Gear Solid 2, which are completely new to fans, and carries some extra goodies: images and an official confirmation that the package also includes the two MSX games Metal Gear and Metal Gear 2 (the classics that preceded the original Metal Gear Solid for the PSOne). Basically, all this package is missing is MGS1, which is safe to assume is gonna be reworked and remastered sooner or later on a different pack.

If you found the trailer as exciting as we did, we’re looking forward to reading all about it on the comments. Also, be sure to read our review of Dead Island and the Rumors About a Devil May Cry 1, 2 and 3 HD Remake.