Neon Genesis Evangelion Xbox 360 Mod Is One Of The Cutest!

For all those folk who really enjoyed watching Rei and her squad battle the so called Angels, must really have a great treat by getting themselves one of these, a custom Xbox 360 mod themed on Rei and the NERV logo. 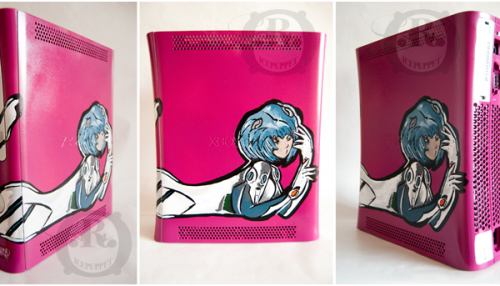 The mod has been created by Rice Puppet, a renowned Xbox Modder who has obviously put in quite an effort to get this one done and have also done the Hello Kitty Xbox 360 and the Domo Kun Xbox 360 Mod. This mod boasts of a custom paint job done by the artist, adding to which is the cool NERV logo. This mod is best suited for the female section of the community, all thanks to the flashy pink paint job and the beautiful image of Rei being embedded into the endless pink background. 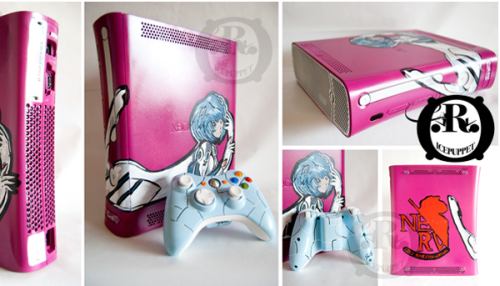 This mod is something that every Xbox 360 and a Neon Genesis Evangelion fan would rarely not consider, also adding to the mod’s impact is the simple yet fun design. If you are looking for something that is much more manly and cool the you should probably check out the Spider-Man mod, which will spin it’s web of fascination over you.