4J Studios announced a while ago the next Minecraft patch for the Xbox 360, and it seems to be packed with a lot of interesting goodies and features that should make the experience much more stable. 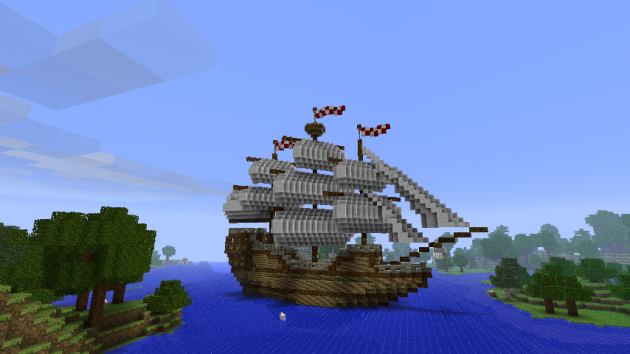 Minecraft fans, rejoice. As detailed on the Minecraft forums, the upcoming title update 8 will bring offers several fixes and performance improvements (that should include preventing crashes!), as well as other features such as changing menu text and more. 4J mentioned on Twitter that the update should be out in february, “but we need to wait and see how it does in Cert Testing”. Good, don’t rush it, guys! We totally got your back.

Some of the most interesting new features and fixes include:

– Fix for random crash on Kick Player.
– Fix for a random crash on loading the tutorial.
– Performance improvement for the Enchantment interface.
– Fix to increase the spawn rate for Mooshrooms.
– Changed “Download Content” menu to “Minecraft Store”.
– Fix to remove the Love Mode tooltip when animals are unable to enter Love Mode.
– Change to moderator option description in the Host and Player Options.
– Fix for issue with sky lighting values making bedrock layer fully lit.

You might want to check some other features of the site, such as Halo 4 Limited Edition Xbox 360 Bundle Leaked and XBOX Achievement Wedding Cake.