Down to backlash from fans and critics over their Xbox One policies and their games lineup, Microsoft have now taken to the media to say why they remain strong. 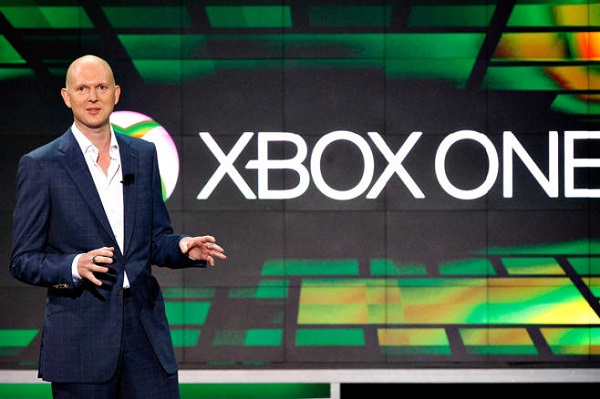 When the Xbox One was announced by Microsoft in May, none would need to argue much that the only competitor that Microsoft’s black and green next-gen games console would be up against is the PS4, Sony’s next-gen offering which was announced several months before. But, as the time for E3 came upon us and the gaming media massive descended upon the famous LA convention centre in June, many started to consider that maybe Microsoft would have to win the war against itself first. Controversial policies announced at E3, such as the online log in requirement which would see Xbox One players have to sign in online at least once every 24 hours meant that the company quickly had to backtrack and scrap the features in an effort to regain consumer (and shareholder – stocks plummeted not long after the features were revealed) support. But now, Microsoft remain as confident as ever in not just their policies, but in their games line up for the Xbox One too.

This renewed sense of strength and confidence in the plans they’ve laid out comes from an interview with EDGE, in which the Corporate Vice President of Microsoft’s Interactive Entertainment Business, Phil Harrison spoke to the gaming industry magazine to clarify where Microsoft are currently at. Speaking of perceived criticism from the media, the man with the abnormally long title said that “[Microsoft] had over 100 awards coming out of E3 for games on [their] platform. That is more than twice as many awards as any other platform. So the media recognised [their] games on Xbox One as being the best lineup – including Titanfall, which is the most awarded game in the history of E3, coming to Xbox One and to Xbox 360.” With awards and praise like that, along with a clear ‘battle stance’ towards Sony, it’s a wonder why people aren’t seeing them as the favourites to win this next-gen console race.

However, EDGE also spoke to Harrison on those reversed policies, with the VP responding with “I think when you create a vision of the future, you paint the vision of the future that you are most excited about, but we got clear feedback that some of the things we were proposing were perhaps a little too far into the future. So we changed. We took feedback from the community; we changed our plans. We think that’s a good thing.” Since Microsoft chose to go back on their proposed plans, several sides of the argument have come forward, with some saying that it shows that the company are not willing to be part of the revolution, with others saying that it shows that they’re listening to what fans want, while another group of people agree that the ideas should have been scrapped but feel burnt by the company and are unlikely to come back on board the Xbox One boat after jumping ship.

For those in other territories where the console has been delayed, wondering if the Xbox One is a console worthy of the possible three month wait (which Microsoft have previously said is down to localisation issues), then they’ll be glad to know that Harrison has some words of encouragement. Stating that “[Microsoft] will make sure [that they] work super hard to catch up as quickly as [they] can.” and that he thinks that ”In the long run, in the life of Xbox One, [he doesn’t] believe this will have any material impact.” so hopefully that confidence will pay off when the Xbox One launches in November.

Read more on xboxfreedom, GTA5 Cheats For Xbox 360 – Make The Gameworld Your Own, Day X For Xbox: Xbox One Launch Date Set For November 22

tags: Xbox one, xbox one changes, xbox one discussion, xbox one launch line-up, xbox one policies