New Mad Catz Headsets on the Way for Xbox 360 Consoles

Mad Catz, a third party maker of console accessories, has just confirmed that their new headset series for Xbox 360 will be out in time for the holidays.

Back at E3, Mad Catz teased us with three cool new headsets for Xbox 360 dubbed the Warhead, Devastator and Detonator. How’s that for some intense sounding gaming gear?

All three will be part of the same release, and while they share most of the same cool glossy black aesthetic design, they will each be slightly different.

The Mad Catz Warhead supprots Dolby Digital, Dolby Pro Logic II and Dolby Headphone to provide some top notch surroudn sound. It uses a 5.8ghz wireless transmitter that is based off a WiFi hub with a master volume control, which can connect to the Xbox 360. It can also be hooked up to digital audio devices. 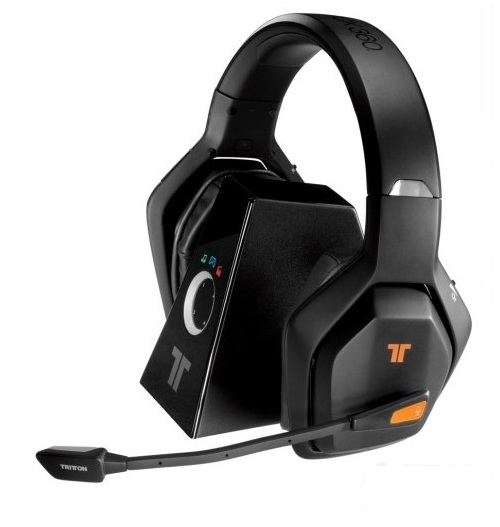 The headset can be charged via USB, but requires a special rechargeable battery pack to keep it juiced.

Next up is the Mad Catz Devastator will also be WiFi compatible, but will only provide surround sound. However, it retains the USB charger of the Warhead model, but only requires standard or rechable AA batteries to work.

According to sources, this model will also ship with a detachable Boom Mic.

Lastly, the Mad Catz Devastator seems like it will be the discount model. It features WiFi compatibility, and surround sound.

Overall, these three bad boys look like some pretty sweet gamer gear, so here’s hoping they hit shelves just in time to make those holiday wish lists come true. After the way my third standard Xbox 360 headset has been acting lately, I’m starting to think I might need to dish out a few bucks for something better. If these guys can last longer than the Microsoft ones and provide sweet sound quality, I’m sold.

In other news, check out Microsoft to start releasing Xbox games for smartphones and Dead Island Movie rumours have been dispelled.