If you’re one of the fans who placed a pre-order for the Metal Gear Solid HD collection, you might wanna re-think that through… Don’t worry, though, we have nothing but good news. The reason you might want to take down your pre-order is because Konami just announced the Collector’s Edition, and it packs some kickass goodies. 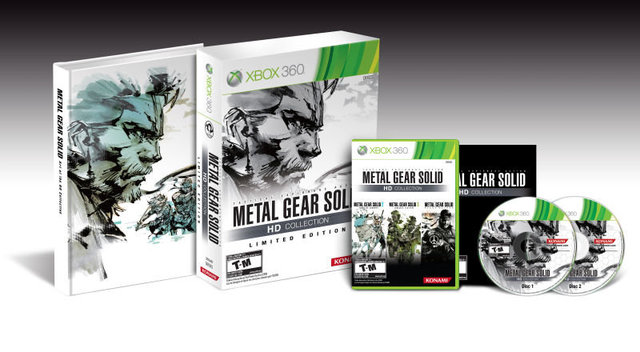 While it doesn’t include any figurines like the Skyrim box, this is definitely more than an afterthought from Konami and Kojima’s team. Fans, we introduce to you the special Collector’s Edition of the Metal Gear Solid HD Collection (that is a long name), arriving November 8th.

With the Metal Gear Solid HD Collection Limited Edition, Konami has gone with a more subtler approach, one that fans of the series will hopefully appreciate. The price announced for the pack is supposed to be around $79.99 for the specialty gaming item, and it includes some interesting eye-candy, like the hardcover box with art from Metal Gear Solid series artist Yoji Shinkawa. 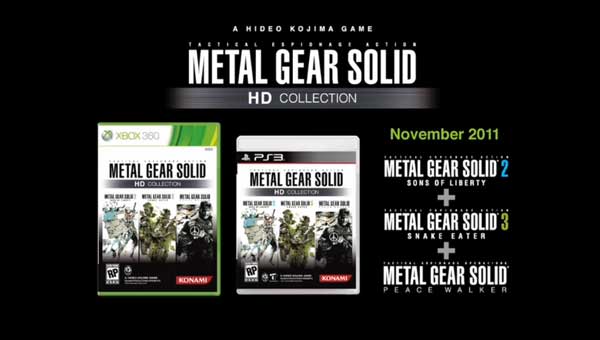 Mr. Shinkawa’s beautiful silhouette-esque imagery has been a notable trait, and an awesome one at that, for the KojiPro created games since the original PlayStation One release, and surely, it won’t just be used in this instance for just a box. Also included in the Limited Edition, is an exclusive 248-page art book by the illustrative master featuring art used through out every Metal Gear Solid title, as if we needed another way to reminisce old times.

That’s about it. This might disappoint some fans expecting something bigger (Metal Gear Sculptures! (Young) Eva figurines! Yeah!), but the price is quite accessible, just barely above what players pay for new AAA titles. The standard edition is priced 30 less dollars at $49.99.