Dead Island has long been anticipated by eager fans awaiting to slaughter Zombies in a free-roaming environment. Finally it has arrived, and it certainly is leaving an impression.

Free Roaming games are always a blast, allowing players to truly do what they want, when they want, and where they want. When players pick up Dead Island for the first time, it is almost instantly that they will notice the free-range of actions. After a quick tutorial-like session, the player jumps instantly into an open world filled with dead corpses, hungry zombies, and an endless supply of energy drinks.

Bonus: If you never saw the trailer for this amazing game, I encourage you to watch the trailer (below) as it could be one of the most well done and artistic videos I have ever seen.

Upon starting, players are allowed to choose one of four characters: Logan (Throwing Expert), Purna (Firearms Expert), Xian (Sharp Weapon Expert), and Sam B. (Blunt Weapons Expert). Each character has a magnificently different personality from the next, each distinguished with a back story and accent. Sam’s accent alone was almost enough to make me play him, though I submitted to Xian’s sharp weapon specialization and jumped into this crazy world.

As I already said, after the quick tutorial session, it wasn’t long before I was smashing Zombies, and man was I looking forward to it. I jumped into a world where I was being told what to do by “The Voice,” a mysterious person that guides the player to safety and, hopefully, salvation. Following his orders, I started making my way to my first base camp, the life guard post. 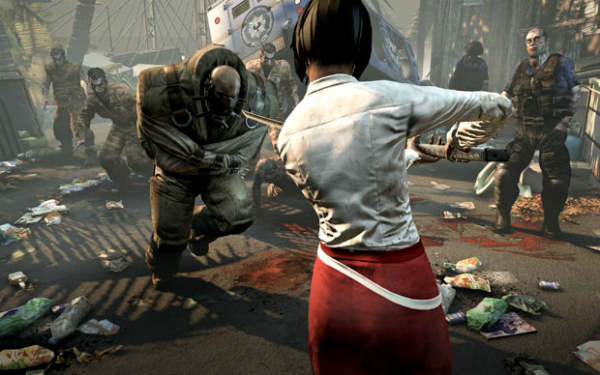 Weapons were scarce at first, a mix between broken pieces of wood, paddles, and the occasional wrench or pipe. Nothing special, but they did some damage. The stamina bar was a bit surprising, limiting the amount of swings one can take and also limiting the amount of sprint one has. Sprinting is no problem, as it really lasts a very long time, and stamina, surprisingly, works very well as a mechanic of the game. While it is something one has to adapt to, it doesn’t feel like it’s in the way, but is rather easy to work with; once it drains all the way down, there are a few moments that they player must wait until the bar quickly goes up to half-full, then slowly fills the rest of the way back up. Really an interesting mechanic that makes it less of a mindless button smasher and more of a careful assault. This leads to the next topic; weapon degeneration.

Weapon degeneration could be the most annoying aspect of the game, though I see it’s purpose (more on that shortly). While my blunt weapons can last quite a bit, my sharp weapons (my characters specialty) seem to degenerate oh so quickly. Upgrading weapons provides a boost to all of the weapons stats, at the cost of money, though even when upgraded all the way my sharp weapons are useless so quickly. They never break, but the damage is reduced by a major factor (we’re talking going from doing 150-200 damage to 4-12). This is why one must always have a stockpile of weapons on them, never knowing when you’re going to be able to fix your broken weapons. Thankfully there is no limit to your inventory, allowing the player to pick up anything they see to sell/use, though they are limited to a certain number of weapons, though it is quite a fair amount. Without weapon degeration, though, I feel that the plaayer would just be a killing machine, as I can easily one-shot a zombie with a sharp weapons after leveling a few times (currently level 12) and picking my talent. 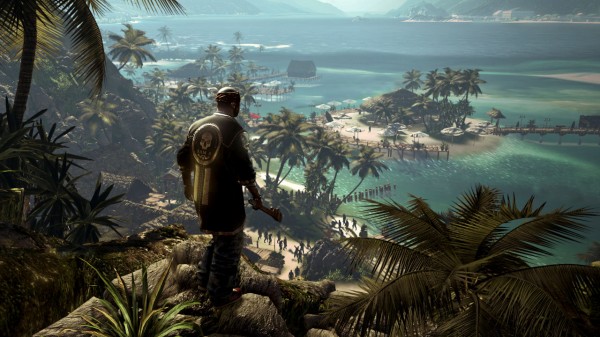 Talents are just another aspect that make the game a little more customizeable, allowing players to pick which way they will be more powerful. Fury is one of the key components to all the characters, and although they are all different and individual to them,  they all allow the player to go into a bad ass beast mode and destroy everything. Simply put, you’re a killing machine, and this is a ton of fun (especially when you become “accidentally” surrounded by all the zombies in the area and go to town).

Playing with a friend is a blast and seamless. Nothing could be more fun than wrecking havoc with friends, and Dead Island nails it. Whether you play on Xbox Live and let the servers pick for you or you have a friend sit right next to you, this game is awesome with a friend. Is is even better amplified by the fact that it does not matter how far one is in the game, you can always play with a friend, and this is great. 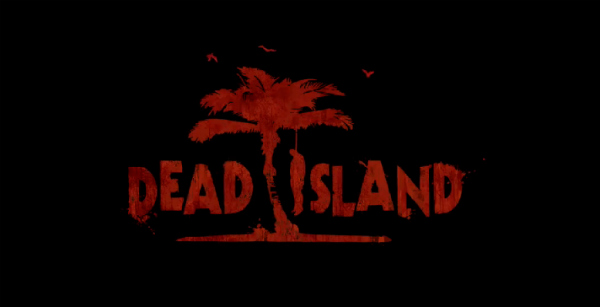 It feels great, it is incredibly fun, but does it sound and look great? Absolutely. The graphics and visuals look splendid, and it sounds great too. Whether I was playing with my surround sound on, or with my Turtle Beaches, I absolutely loved how this game sounds. Great Dolby Digital, great HD graphics, and a surprisingly interesting story, too. Dead Island may have just hopped onto the Zombie killing craze, but it certainly did it right. Another game that I would not be surprised to see in the run for the Game of the Year title, though it might have to fight for it a little more, but I think if the developers put on some steller DLC (already in the making), this game can really do well.

If free-roam games are not your thing, you might be interested in reading our hands-on reviews for Deus Ex: Human Revolution and Call of Duty: Black Ops – Rezurection Map Pack!