Call of Duty fanboys and girls  rejoice, the new Escalation map pack has been out for a week now, and Havoc is ensuing with the four new multiplayer maps and one new zombie map. Sorry PS3 and PC, you guys will have to wait till June 3rd and July 3rd (respectively) for this one.

After downloading the 900 MB file last Tuesday, I jumped right into these new maps, and the Escalation playlist for online play, and began to take my tour of these four new maps, followed later by some serious Zombie playing.

The first map I was put into was a Team Deathmatch (TDM) on Hotel. This map is, in my opinion, awesome, and is my favorite one hands down. It offers a range of wide-open and close quarters combat, allowing for a range of weapons to be used. Snipers can perch up in one of three different locations looking over the map and try and pick off enemies. I tried this and was taken out very quickly, though scored a few good kills. Running around the map is quite fun too, and really has a tactical feel to it. Using the elevators, I went up and cleared a room of enemies with my Commando. This map certainly brings in a home run in my book, and one that will take a little skill to master completely. 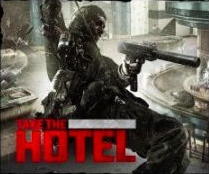 Next came a Domination game on Convoy, and this map is really a blast. It’s a medium to close quarters map, featuring a destroyed convoy on an old road that has been destroyed. Off to the sides, there are an assortment of buildings, offering some protection for those who would like to snipe from these vantage points. This map was a lot of fun to run and gun on, as the convoy itself offers some great protection, but not enough to stop the rampant bullets of those behind cover. 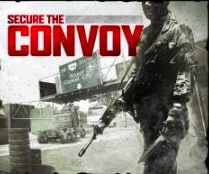 Next came another TDM, but this time at the Zoo. This map and I seemed to get along very well, as this was my best match of the night. It’s a very close quartered map, featuring a bunch of sharp turns and small openings, but the map itself seems very large. This may be due to all of the close quarters, but navigating this map at first can be quite difficult. I myself was lost many-a-time. To quickly get across the map, try out the monorail, which provides not only a quick way to move around the map, but also a great vantage point. The only downside is that this leaves you quite vulnerable and out in the open.

The last map I ended up on was Stockpile. This Domination game was a blast, as this map has a ton of different houses and rooms to navigate through. While one would think this would make it small, this map is a medium sized map, featuring a great assortment of medium to small sized areas, leaving the doors open for what kinds of weapons and tactics will be used. 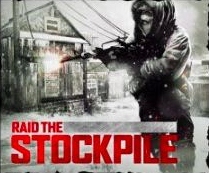 After all of these multiplayer games, I had to get in some Zombies on the new Call of the Dead map. As a big fan of Zombies, I must say that this map certainly is challenging. Those who are new to Zombies will certainly have a hard time at first, as finding your way around this map can be quite frustrating at first. In this map, we see the return of the power switch, a vital component that must be sought after ASAP, along with the power ups and the random weapon boxes. There is some new, though, as this map offers zombies that decide to come out of the ground, a cast of four new characters (Sarah Michelle Geller, Danny Trejo, Robert Englund, and Michael Rooker), and also a “boss,” legendary zombie film-maker George Romero. This guy is a major pain, as he prevents you from staying in one spot for too long, following you around the map with his weapon, a set light. Although he moves slow, do not let any stray bullets hit him, as if they do, you will anger him, causing him to charge at you until put into a pool of icy water. He takes an enormous quantity of bullets, but the big guy will fall if you can take him down. Take that and combine it with the really narrow passageways and small rooms and this map provides quite the challenge. My first round lasted until round 11, and my record hasn’t surpassed 18 yet. 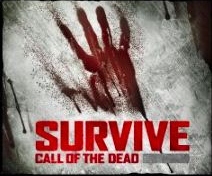 The Escalation map pack is available from the Xbox Live Market place for 1500 Microsoft points ($15), and will eventually be available for the PS3 and PC for $15 too.