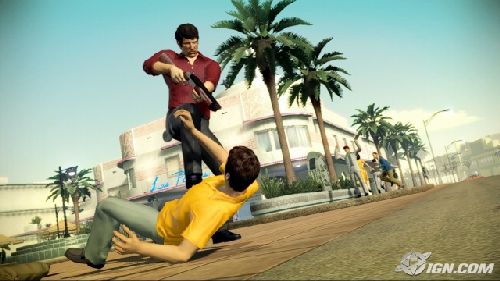 Here is some great news for those who loved playing “Godfather: The Game”, which was published by Electronic Arts in 2006. Its sequel, “The Godfather 2 Don control video game” will also be published by Electronic Arts. The game will be released on various consoles such as, PS3, Xbox 360 and Microsoft Windows. The release date has been fixed as April 7, 2009 for North America and April 10, 2009 for Europe respectively.

The trailer is already available and it looks very cool indeed. You can expect a lot of violence and the trailer features a lot of gory details that blood thirsty gamers would love with the scene set in the outdoors and the number of palm trees seen in the trailer suggests a Middle Eastern location.

Just as the title suggests, violence is bound to be the central theme of this game with fight scenes looking very real and entertaining as well. I can’t wait for it to get released as I want to settle scores with my gaming opponents. I am going to practice harder this time to augment my fighting skills and emerge victorious!