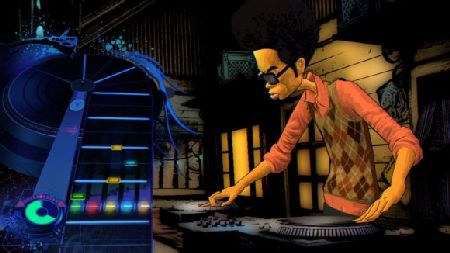 We have just discovered the first trailer for “Scratch: The Ultimate DJ” for the Xbox 360. Scratch will be a good start just in case you are interested in becoming a DJ and is in its final creation and Genius Products and Seven Studios, who have been working very hard along with legendary music producer Quincy Jones III.

The game comes with a turntable peripheral and also features a custom track by Mix Master Mike and will be released on the Xbox 360 and other consoles this year. The trailer already looks fun and I am sure the real game would be even better and perhaps will inspire a lot of gamers to start DJing. Just as the title suggests, Scratch is best for starting the learning process from the very scratch of how to become a DJ such as, scratching, beat making and beat matching, etc.

The trailer of Scratch shows a number of artists and the high action DJing one can expect in the game. You can expect the biggest names from Hip Hop and the trailer reveals a number of artists who are going to be featured on this cool game with the list including Nelly, Black Eyed Peas, Kanye West, The Gorillaz and many more. The trailer is an indication to the fun one might expect from the real stuff when launched.

You will surely feel, you are at a party and you will feel like a DJ as well. So, call your friends home and scratch the scratch for them and shake your legs along with them. This is really a cool game and I can’t wait to call my friends and have a DJing competition! However, there is no information given on its release date, so you will have to just wait patiently until the game hits the market!