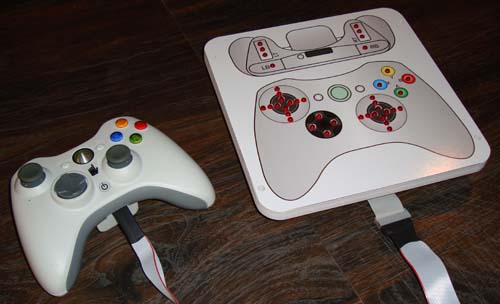 Ben Heck has unveiled his Xbox 360 Controller monitor which includes indicators for the analog sticks and provides even more data for playtesting. The setup involves a modified wireless controller and a display board and helps you videotape during the playtesting to use as a latency reference to the game itself.

In order to prevent the controller from functioning normal and still accept the charge and play adapter and other accessories, the headset jack on the controller is removed to make room for the cable. Modern Warfare 2, the new Wolfenstein game’s multiplayer version, and Mass Effect are being used to playtest the controller with.

However, Ben will put them to production in a larger scale only if he receives a significant number of requests. If this sounds too heavy for you, you could try checking out the Xbox 360 DPad.