If you had wondered what goes on usually in one of those LAN parties, well the nerds would sit together and hatch plans to mod a console or two like the Moddingmasters at a similar party recently did. 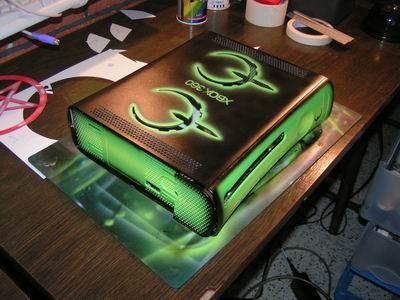 They put together an Xbox 360, some patience and oodles of talent in order to mod it Quake 4 style. The Xbox in the end not only began to look distinctively like Quake 4 but also got the authentic green glow and the tell tale logos on top of it. You could also learn how to do it yourself step by step if you have the patience to do so. 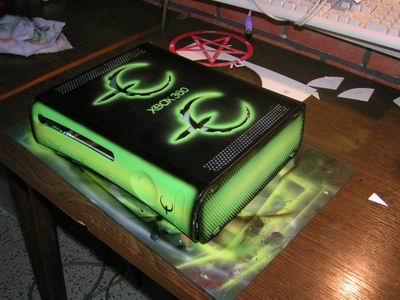 If you don’t, the Moddingmasters are always there to help lost souls who would die for a modded console but refuse to budge their fingers an inch. Quake 4 by the way was one of the most successful single player shooter games to be ever launched on the Xbox and I am sure this mod will revive interest in the game that is gradually being forgotten.

I recently remember having read about how Microsoft does not like case modding and it Terminates Warranty and Services if it finds out the console has been modded. Those who don’t give a damn about Microsoft and would like something snazzy in place of the boring old Xbox, they can try the Stylish Xbox Case Mod.